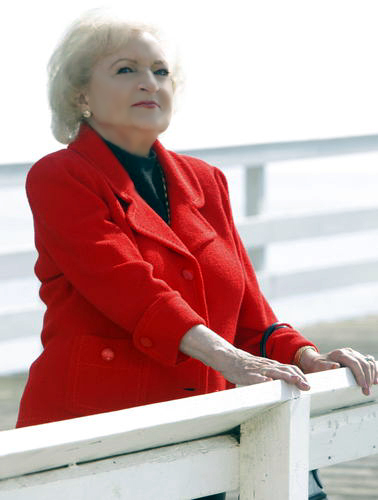 BEVERLY HILLS —This week in Hollywoodland we had celebrations of Oscar winners, second guessing and also a death of a former child star. Tiger Woods is planning a comeback, “Eclipse” is starting to get major buzz before the summer release and fans are anxious to see the new film in the “Twilight” series. Betty White confirmed she will be appearing as a guest star on NBC’s “Saturday Night Live.”

Hot on the heels of her Emmy-worthy daytime performance on “The Bold and the Beautiful,” Betty White confirms that she indeed will be hitting the Saturday late night show “SNL.” Some stars are finished in Hollywood at 30, while 88-year-old Betty seems to just be getting started. Just weeks ago Ms. White scoffed at the idea that she’d ever be chosen as a guest on the acclaimed comedy, which has boasted popular guests as Ashlee Simpson, Taylor Swift and many others. They surely aren’t in White’s demographic, are they? However, fans created a Facebook page Facebook | Betty White to Host SNL (please?)!, which lobbied NBC to bring the actress on the show. It worked, as Ms. White announced at the Elton John post Oscar bash that she was asked to join the show. Perhaps the almost half million members who have joined the Facebook page in Betty’s honor had something to do with it? Who doubts the power of fans anymore?

Betty White will also guest star on the Mother’s day episode on Saturday, May 8. Along with White, the special episode will also reunite six former female “Saturday Night Live” cast members, Tina Fey, Amy Poehler, Molly Shannon, Maya Rudolph, Ana Gasteyer and Rachel Dratch. However, the big buzz is about White’s astounding performance on “B&B,” in which it starred only women. White along with Alley Mills, Emmy-winner Susan Flannery, beautiful Hunter Tylo, Jacqueline Wood MacInnes and even the physician was a woman in the special episodes which surrounded the death of White’s character Ann Douglas, who is the mother of Queen Stephanie (Susan Flannery). The death of Ann caused by pancreatic cancer was a way for the show’s mega talented producer Bradley P. Bell to bring awareness to the disease and also focus on his most beautiful and talented female cast. Seeing White perform better than she’s ever don in her distinguished career on the hit show brought many of us hardened critics to tears. The final death scene when Ann died in the arms of her daughters on the beach in Malibu was incredibly moving and brilliantly written. The scenes are sure to garner Ms. White and Ms. Susan Flannery Emmy nominations in the coming weeks. On Friday news came that Betty will also guest star on the season finale of “The Middle” on ABC. She’ll portray a stern librarian.

Earlier in the week came the tragic but not unexpected news that former child star, actor Corey Haim had died. The talented young star had a history of battling addictions to various drugs over the years. The “Lost Boys” star died at his mother’s home in Burbank. The cause of death is ruled initially pulmonary congestion with the full findings pending the toxicology and autopsy results to be announced in the near future. Corey was busy working on projects and even directing one. By press time news was breaking about the actor’s apparent picking up pain killers and other prescriptions just eleven days before his death. Haim was 38.

After months of speculation about when Tiger Woods would return to the golf course, the questions still remain, though insiders are saying the golfer will be returning very soon. Woods and his wife Elin are currently living together in their Florida home trying to work on their marriage. Newly released documents surrounding Woods’s accident on Thanksgiving show that prosecutors refused law enforcement requests for subpoenas on the hospital that treated Tiger. The ambulance drivers’ report also stated they refused Elin’s request to ride along because they had suspected domestic violence was involved. Tiger Woods dispelled that rumor in his now infamous February press conference. Close friends speculate Tiger’s return to golf may be as early as March 22 and 23 in Orlando at Tavistock Cup.

Despite rumors to the contrary. Actress Katie Holmes and her husband Tom Cruise are not expecting a second child. Rumors are flying on the Internet and tabloids around the world that the star recently visited her doctor and is reportedly pregnant. Holmes has silenced that rumor this week stating she’s not pregnant.

The long anticipated teaser trailer for the upcoming blockbuster “Eclipse,” the third movie in the “Twilight” saga, based on the books by Stephanie Meyer. This time around, Bella must choose between vampire Edward and Jacob the werewolf. Reprising their roles are Kristen Stewart as Bella Swan, Robert Pattinson as Edward Cullen, and Taylor Lautner as Jacob Black. Also starring Anna Kendrick, Ashley Greene and Peter Facinelli. The film will be released in theaters on June 30. Here’s a sneak peek at the official trailer Summit released on Friday. ‘The Twilight Saga: Eclipse’ movie trailer – Video | al.com

Fans are hoping that the wonderful series “As The World Turns,” which has been on-air for 55 years, will find a new home when it ends its run on CBS this September. The series helmed by award-winning director and producer Christopher Goutman is must-see TV. The series only gets better in April! Look for Julianne Moore and other major stars to show up in Oakdale.

Actor/writer/producer/radio personality, Brad Sanders has signed on to host an online recap show exclusive to “The Bold and the Beautiful” official Web site, boldandbeautiful.com, Executive Producer and Head Writer, Bradley P. Bell tells Canyon News. In addition to The Clarence Update, Sanders’s history in radio is a vast one. He has also appeared as “Ti-Rone” on the syndicated show, “On the Phone with Ti-Rone,” and lent his writing/producing skills and talent to the short-form soap opera “It’s Your World” on The Tom Joyner Show, which can be seen onitsyourworldsoap.com. Besides radio, Sanders is a talented actor and stand-up comedian. Some of his feature films include “Bebe’s Kids,” “The Last Stand,” “Hollywood Shuffle” and “Brewster’s Millions.” His stand-up comedy can be seen in many night clubs across the Los Angeles Area. The Clarence Update, produced by Bell-Phillip Television Productions, Inc., will premiere Friday, March 12.

The talented cast, crew and producers of “The Bold and the Beautiful” came to Canyon News this week to extend their heartfelt congratulations to Jennifer Gareis and her fiancÃ©, Bobby Ghassemieh, who were married on Sunday, March 7, in a private ceremony in Los Angeles. The Newlyweds are currently celebrating marital bliss by honeymooning on the sandy beaches of sunny Hawaii.

Talented actor Winsor Harmon will be participating in the “Ride to Arrest Cancer” Bike Ride across the Los Angeles area this Saturday, March 13. “Ride to Arrest Cancer,” which is sponsored by the Los Angeles Police Department (LAPD), is organized to raise awareness about cancer, learn the importance of cancer prevention and pay tribute to those affected by cancer. Harmon will be riding in honor of his friend, and LAPD officer, Tom McLaughlin. All proceeds of this ride will benefit the Los Angeles Police Cancer Support Group. For more information about this event, please go to ridetoarrestcancer.com. Winsor’s charity doesn’t end there. He also will be playing celebrity basketball to benefit the Desi Geestman Foundation on Friday, March 12, at 6 p.m. Celebrities vs. the students, teachers and faculty of Hoover High School, located at 651 Glenwood Road, Glendale, Calif. 91203. Cost is $5 to enter. For more information visit: desigeestmanfoundation.org.

We couldn’t forget “B&B” star Ronn Moss who is wowing the Italian television viewers with his wonderful dancing performances. On the eighth episode of “Dancing with the Stars, Italy,” the judges finally gave Moss 20 bonus points for his exuberant ’70s-style disco performance. A jubilant Moss expressed his elation by giving each of his fellow semi-finalists an effusive embrace. Ronn can use his hard-earned bonus points in the next episode, giving him an advantage as the competition nears its end.The next-to-the-last episode will air live from Rome, Italy on Saturday, March 13. To view Ronn’s disco performance, visit: http://www.youtube.com/watch?v=x-5plGU0Kug&feature=player_embedded

Just as the military film “The Hurt Locker” was enjoying the afterglow of numerous Academy Awards, Hollywood critics were lined up to bash it. The claims are that “Avatar,” which was an amazing and brilliant film should have been named Best Picture. The truth is, both were amazing films in their own way; however, director Kathryn Bigelow chose to do a film that most people never gave any credibility to and yet it was superb. Telling the stories of the brave men and women in the various war zones disabling IED’s was very courageous of her to tell. Also, thanks to Ms. Bigelow who thanked the troops in harm’s way for their service to the nation, during her acceptance speech. I suppose I could complain that Matt Damon was my choice to win Best Supporting Actor, but I will honor the man (Christopher Waltz) who took the award home by not claiming he was not worthy as he was.

“Good Morning America” on ABC has confirmed that both Jennifer Aniston and Jessica Simpson will both appear on the show this Monday. Jen will be promoting her new comedy costarring Gerard Butler, “The Bounty Hunter,” while Jessica will discuss a series close to her heart, the VH1 reality show “The Price of Beauty.” Both ladies are sure to garner “GMA” the highest ratings for morning talk shows.