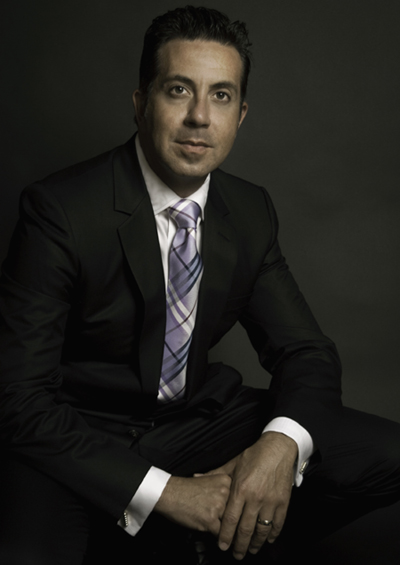 BEVERLY HILLS —This week in Hollywoodland was surprisingly not about Tiger Woods. Before you get too excited, Jesse James took the top spot as the tabloid darling in the papers and on TV. Robert Culp died after a fall, Ronn Moss blew the crowds away in Rome and placed second place with the judges and Dr. Sophy appeared on Rachael Ray this week. Lots of other happenings to discuss as well.

Dr. Sophy who is the world-renowned psychiatrist who lives and works in Beverly Hills has been on a promotional tour for his recent book “Side By Side: The Revolutionary Mother-Daughter Program for Conflict-free Communication.” Hardly a day goes by that Dr. Sophy isn’t thanked by readers for helping the relationships mothers and daughters share. On the promotion circuit Dr. Sophy has appeared all over the nation and on every talk show and network morning show as well. When I caught up with the physician on Thursday, I asked how he was able to stay healthy throughout this whirlwind traveling he’s accomplishing. “I stay healthy by following the advice that I offer to everyone; I keep my S.W.E.E.P in balance. S.W.E.E.P is an acronym that helps us to remember five key areas in our lives that should be examined and kept stable. The five key areas to examine are Sleep, Work, Eating, Emotional expression of self and play. Those who keep their S.W.E.E.P in check can teach, guide and love from a position of balance, and quite simply, will have better overall relationships. For a more detailed explanation you can read all about it on my Web site drsophy.com or on my Psychological Today Blog.”

Dr. Sophy admitted that it is exciting doing the book tour. “The most exciting part of promoting my book, ”˜Side By Side,’ has been experiencing the real impact it is making on mothers and daughters. It’s an indescribable feeling to be aware of the enjoyment others are gaining from my insight. Listening to the excitement of how the book is improving mother-daughter relationships surpasses rewarding. Speaking to groups that are engaging and answering sincere questions as these women turn to me for guidance gives me a secure feeling that this book can continuously serve as a tool for navigation through the most potent and beautiful relationship of mothers and daughters.” Dr. Sophy promises to keep Canyon News readers up to date with his latest project.

Earlier this week Hollywood and the entertainment world lost two greats. Alan McCurdy, an Aussie friend of mine who was well known as a radio producer in Melbourne, died of cancer complications. Alan and his wife Sandra have been so wonderful to me over the years and his funeral was on Friday. Alan leaves a beautiful wife and children behind, who will never forget him. Last week Ambassador John Gavin spoke warmly of Peter Graves. Peter and Fess Parker are still being mourned in this town. Also earlier this week actor Robert Culp, who shot to fame playing Kelly Robinson on “I Spy” in the 1960s, died Wednesday after the 79-year-old actor hit his head during a fall near his Hollywood home. The LAPD made a statement that it was an accident.

Though the handsome actor did not make first place with the “Dancing With the Stars Italy” judges in Rome, for Canyon News readers and the millions of Ronn Moss fans, he remains number one. After round after-round of a nail-biting three-hour season finale, in which contestants flip-flopped back and forth between first, second and third place, Ronn Moss was revealed to be the runner-up in the final moments of the broadcast. Twenty-year-old Italian actress, Veronica Olivier, slipped just past Ronn at the last minute to first place. At times, however, it seemed that Ronn would take the coveted first prize. In the first round of the evening, he achieved higher scores than any other competitor for his flawless Rumba.

Despite the upset, Ronn tweeted just after the competition that he felt they were “perfect tonight. I’m happy to head home now.”

During the 12 weeks of dance competition, he commuted weekly back and forth between Rome, Italy and Los Angeles, Calif. (an 11-hour flight). Weekdays, Ronn would tape episodes of “The Bold and the Beautiful,” then fly back to Rome for live Saturday night broadcasts of the popular Italian reality show. Check the footage out athttp://www.youtube.com/watch?v=dgvihAyHbg8

“True Blood” is encoring season two again on HBO, with the second episode of season two airing on Sunday night. Fans however are anticipating season 3, which debuts on Sunday, June 13. For a look at the first teaser of the upcoming season go to HBO.com at http://hbo.com/true-blood/cast-and-crew/eric-northman/video/in-production-eric.html/. To join the official series fan club. Go to www.facebook.com/TrueBlood. Fans are anticipating the appearance of the show’s first werewolf Alcide starring Joe Manganiello.

Actress Tracey E. Bregman’s character Lauren Fenmore from “The Young and the Restless” may be on a roller-coaster ride emotionally right now. However, the beautiful star recently guest-starred in an the most recent Reba McEntire music video. What a treat for Tracey. For a sneak peek behind the scenes check it out at The Young and the Restless: Behind the Scenes: Interviews: Tracey Bregman Goes Country!

Director Mardana Mayginnes’s new film “The Loneliest Road in America” will premiere at Method Fest on Tuesday, March 30, at 9:15 pm. The film stars newcomer Hollywood-based actor Colin Michael Day in his first independent full-length film. Jamie, played by Day, is disillusioned with a dead-end job and a suffocating relationship with his girlfriend. On a quest for enlightenment, he takes a road trip from Denver to LA with friends Matt and Ashley. Along highway 50 in Nevada, “The Loneliest Road in America,” they encounter the ravages of the mining industry that has left skeletons of once-prosperous towns in its wake. Against this backdrop, Jamie confronts the recognition that freedom and exploitation are inextricably linked and that his own personal relationships have followed the same road. The screening will be held at Regency Agoura 8, Theater 1 at 29045 Agoura Hills Road in Agoura Hills. Tickets are $7-10 and are available online at methodfest.com.

Last year’s Maverick award winner was beautiful actress Tanna Frederick, who stars in “Irene In Time” and the upcoming film “Queen of the Lot.” Frederick tells Canyon News exclusively, “I’m hosting this year’s Los Angeles Women’s Theatre Festival (LAWTF). I am so thrilled to be hosting, Tommy. It’s a complete honor. Adilah Barnes is a firecracker that keeps this city’s talented female artists in front of the line. She has created a festival that plucks the best female performers from the city and gives Hollywood a chance to give them a huge standing ovation, so too speak. I’m very lucky to be hosting these great nominees this year.”

Tanna finished the 25th Los Angeles Marathon in 3:46:47 at the finish line in Santa Monica. The came in 54th for her age group. She did a much better job than I could. Our beautiful friend musician, actress Harriet Schock said she would never try walking as far as Tanna ran. I suggested that I’d never try driving that far. So good for Tanna. She’s proof that she’s much more than beauty and talent. She ran for a good cause as well.

While Hollywood lines up to support Oscar-winning actress Sandra Bullock, there is at least one man in the public eye who is happy to be slipping out of America’s interest. Tiger Woods will be giving a press conference on Monday afternoon to answer reporters’ questions about his affairs with over a dozen women. However, there may not be as many people at the presser as originally planned. Bullock’s husband Jesse James was revealed by In Touch Weekly last week to be involved with a tattooed stripper, and didn’t we all guess more women would come out of the woodwork? Already there are women who have contacted famed mega advocate’s attorney Gloria Allred who is here in Hollywood to discuss their options.

Now it has been revealed that a former employee of Jesse James’s filed action against him in 2000 for sexual harassment. In a lawsuit filed April 24, 2000, in Los Angeles Superior Court, former employee Deann McClung alleged James, 40, harassed her “on a regular basis” after she was hired at his West Coast Choppers bike shop in Long Beach in April 1999. Sandra’s long nightmare seems to be far from over. She’s had to cancel appearances in Australia and throughout Europe to promote her Oscar-winning performance in “The Blind Side,” which is opening to huge audiences in Europe.

On Friday, actor Dennis Hopper who is battling prostate cancer appeared very frail on Hollywood Boulevard to receive his Star on the Walk of Fame. The acting veteran of films such as “Easy Rider” and “Blue Velvet” received the 2,403rd star along Hollywood Boulevard at a midday celebration in front of the landmark Egyptian Theatre. Hopper is also going through a bitter divorce, so our good wishes go out to the ailing star.

Every now and then the power of the press comes in handy.  Recently, fans of Ms. Betty White’s joined a Facebook page in her honor to get her to host NBC’s classic SNL.  This week a mutual friend of Carol Channing’s asked me to let my readers know that there is a similar page on Facebook for Ms. Carol Channing, one of Hollywood’s most beloved and talented stars.  If you are on Facebook, please join Ms. Channing’s page in order to show the Kennedy Center that they should honor this legend for her decades in show business.  As Lily Tomlin says, “no one is more worthy.” That page is at http://www.facebook.com/pages/Carol-Channing-should-be-a-Kennedy-Center-Honoree/402301639553?v=wall

Have a great week!