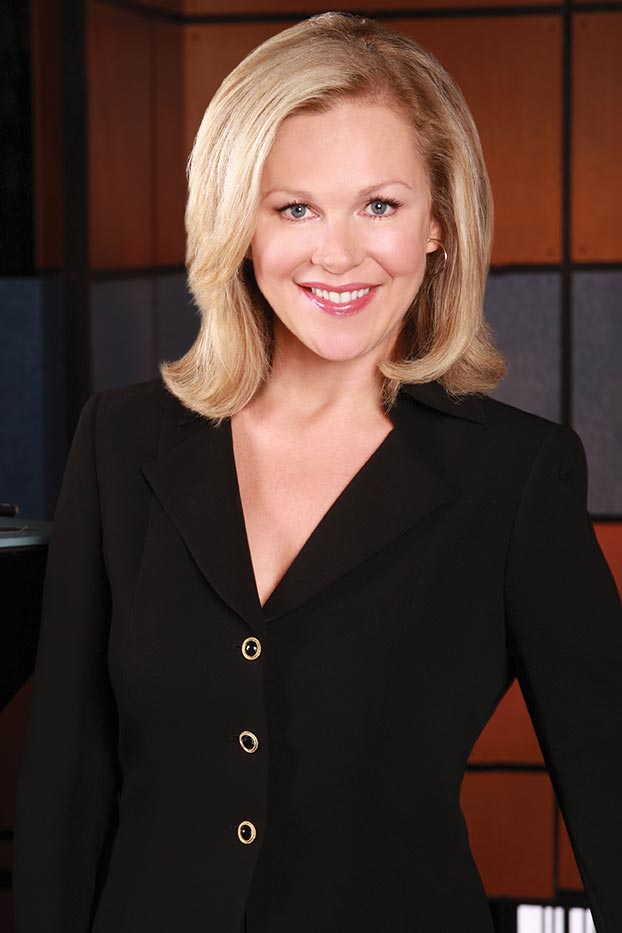 BEVERLY HILLS —This week in Hollywood there was news that a Fox News beauty will be making her way over to ABC studios on Monday to appear on “The View.” Hollywood mourned the loss of actress Dixie Carter, Lauralee Bell made history again, Jim Carrey tweets and lots more in Tinseltown news this week.

Fox News legal analyst Lis Wiehl tells Canyon News exclusively that she’ll be appearing on the Monday morning episode of ABC’s “The View.” “Yes, Tommy, your readers get the news first. This is my first time on ”˜The View.’ I’ve been a fan of the show since day one, so I’m excited to actually meet the ladies,” said Wiehl. The beautiful attorney is well known to Bill O’Reilly’s television and radio audience as the former federal prosecutor who is always fair, almost always right in her legal predictions and is married to famed defense attorney Mickey Sherman. Both are very good friends of mine and I was ecstatic when Lis told me on Monday about her upcoming appearance. “Of course I’m just a bit nervous because I’m such a fan of theirs,” said Lis.

The stunning genius will be promoting and discussing her recent book. “We’ll be talking about ”˜Hand of Fate,’ my new murder mystery about the demise of a popular talk show radio host,” the analyst tells Canyon News. We have recently reviewed this book and for those who are looking for a one of a kind page turner that ends leaving you breathless, the book is now available across the U.S. in bookstores and on Amazon.com. Trying to press Lis about who is her favorite of the ladies that hosts “The View,” she laughed and replied, “Come on Tommy, I can’t pick a favorite amongst the ladies. They all bring so much to the table, literally! I’m just excited to have a chance to be there with them.” Lis concluded, “And we’ll be giving out books to all of the studio audience members so that’ll be fun as well.” Check your local listings for airtime and channel in your area.

Actress Dixie Carter who starred in the ”˜90s CBS TV series “Designing Women” died last week on April 10. Beverly Hills actress Constance Towers, who stars as the powerful billionaire Helena Cassadine on the ABC show “General Hospital,” starred with Carter on Carter’s hit series in 1990.Towers tells Canyon News, “Isn’t it sad about Dixie Carter? She was so special to work with. We did a ”˜Designing Women’ together. She was so considerate of the guest stars. Such a funny sense of humor, great vitality, an incredible talent, down to earth, and real. She so adored her Hal and he was so proud of her. She will be missed.” Carter is survived by her husband of 25 years, Hal Holbrook and two daughters from a previous marriage.

Talented film star Jim Carrey and his girlfriend Jenny McCarthy announced earlier this week their breakup. The couple had been together for almost five years and since the split, Jim has taken to tweeting about every subject imaginable, including Tiger and Elin Woods. Stating that Elin must have been aware of some of Tiger’s transgressions and was willing to allow it. Jim also made a statement that he is not having a nervous breakdown. Soon after Jim’s flurry of messages on Twitter, friends and fans were concerned about the handsome star’s mental well being, as Jim has confirmed in the past to suffer from manic depression. One of the messages that set off alarm bells included, “I am grateful for my avatar’s many yrs of dedicated service, but no one has ever won the Tour De France while back peddling. ”¦ so I killed him,” he continued late Sunday night. “I do not plan 2 bow to expectations or to be confined by the fear of losing altitude in the ‘statusphere’! (my word).[Sic]” Jim is one of Hollywood’s most beloved stars, so everyone of us is sending him our love and support at this difficult time.

Everyone around Elin Woods is reporting that the latest mistress to confirm her relationship with Tiger, the 22-year-old neighbor, was the last straw for her. She is reportedly in the final stages of talking to divorce lawyers and will be filing divorce from Tiger very soon. Tiger has just announced he will be playing in the upcoming golf tournament Quail Hollow Championship in Charlotte, N.C. The event runs from April 29 to May 2.

Kate Gosselin says that she will not lose her kids. She responded to the custody fight Jon Gosselin began after Kate won another round of ABC’s “Dancing With The Stars” last week. Kate also has a new book coming out and two shows for TLC including the highly anticipated upcoming “Kate Plus 8.”  Mel Gibson and the mother of his love child split this week as well.  Good thing Mel has an almost $2 billion fortune to take care of his eight kids.  Do you suppose eight is the new lucky or unlucky number?

My childhood friend, who we all grew up loving on “The Young and the Restless” as Cricket and later as Christine Blair came to Canyon News this week to give some exciting news. Her Web series has been nominated for a Webby award. Since leaving the number one daytime drama, the beautiful actress has turned producer and director alongside her handsome and extremely talented husband Scott Martin, and created “Family Dinner.” This series airs on the Internet and webisodes have guest-starred Oscar-winner Cloris Leachman, Emmy-winner Aaron Lustig and even the funniest lady in Brentwood and possibly in all of Hollywood, actress and comedian Phyllis Diller. Bell tells Canyon News, “For our first collaboration, we got to work with old friends and some very talented new friends and Scott and I are very excited to be in the same category as the other Honorees. We thank you for your help and support and know that you are a big part of the success of ”˜Family Dinner.’ We’re hoping to provide more family time soon, even if it is a severely dysfunctional family.” Dysfunction has never been so much fun. Forget “The Jerry Springer Show” and enjoy Karen and her nutty family on “Family Dinner.” Hint! Oprah may show up next season.

For those of us who know Lauralee and Scott, this is no surprise. The entertainment super couple continue to produce, create and promote the best entertainment of this generation. Lauralee’s longtime friend and former “Y&R” leading man Thom Bierdz, tells Canyon News, “I love that everywhere I go these days people are talking about Lauralee’s show. It’s hysterical. I am not surprised at the success and recognition one bit.” Another former leading man on “Y&R,” Doug Davidson says, “This is so wonderful. It couldn’t happen to a more talented and lovely person. I miss working with Lauralee and she has great timing as an actress, you can see it on ”˜Family Dinner.’ It’s no surprise to me that she’s nominated for this award.

From the over 8000 entries submitted to the 14th Annual Webby Awards, less than 15 percent were distinguished as an official honoree. This honor signifies an outstanding caliber of work.

On Friday afternoon, famed divorce attorney Robert Kaufman, who has represented Jennifer Aniston, Rupert Murdoch and Mel Gibson was seen leaving the Beverly Hills mansion belonging to Shawn King. Though Mrs. King is still being represented by distinguished attorney Joe Mannis in her divorce suit against CNN’s Larry King, friends say there was no prenup. Larry is in the process of renegotiating his contract with the cable news network reportedly asking $56 million over the next four years. Larry’s fortune is estimated to be almost $200 million dollars. The two are expected to fight for custody of the twin sons, but ultimately friends say both are excellent parents and will hopefully work out a custody agreement between themselves.

It’s that time of year again. The HBO popular vampire drama “True Blood” has departed its Hollywood studios to travel to Mississippi in order to film remotes involving some exciting storylines for season three, which debuts in June. From an upcoming sexy werewolf for Sookie to where is Bill Compton? This is perhaps the biggest TV question since 20 years ago when we all wanted to know who killed Laura Palmer on ABC’s “Twin Peaks.” Fans of the series are excited about all the excitement surrounding the upcoming storylines. The filming in the town of Natchez includes using the Longwood house as a set. This location boasts the largest octagonal house in the U.S.

Need a reason to watch television next week? Chris Goutman’s drama “As The World Turns” is bringing beautiful Julie Pinson, as Janet and Lesli Kay, as Molly closer to front burner status. This show can’t go wrong with these two leading ladies. “The Young and the Restless” will have a shocking confession to Adam Newman’s murder and “B&B” is must-see TV thanks to these five words. Susan Flannery and Don Diamont. Plus, the death of a Logan at Queen Stephanie’s hands? Don’t miss it. “General Hospital’s” Constance Towers is back! “The Tudors” Queen Katherine Howard is on a collision with destiny and there’s a great new family drama on NBC called “Secrets of the Mountain” which stars Barry Bostwick.