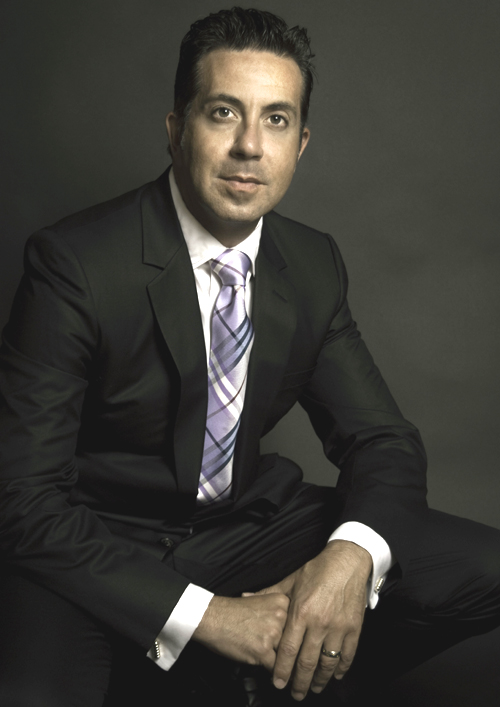 BEVERLY HILLS—This week in Hollywood, Lindsay Lohan finally got justice, but not what she expected, “Eclipse” is still soaring with young fans of the “Twilight” sequel standing in lines to see Edward and Jacob, the Mel Gibson saga continues, Kate Linder is still a socialite and Beverly Hills famed physician and best selling author Dr. Charles Sophy gives parents advice who may feel overwhelmed during the summer months with their kids.

Dr. Charles Sophy is a renowned psychiatrist who specializes in family and children therapy. The famed author and Beverly Hills psychiatrist offers advice from new babies to protecting our children this summer. With so many new parents in Tinseltown, Dr. Sophy advises them to remember, “For starters, You are not alone.” Then he suggests, “S.W.E.E.P yourself, and have your partner do the same. S.W.E.E.Ping yourself consists of getting five key areas of your life in better balance. The five areas are sleep, work, eating, emotional expression of self and play. Be sure to have date night built in to your life in order to keep the intimacy and romance alive. Connect with other parents for support and a perspective that will enable you to understand others feel the same and experience similar struggles. Don’t lose sight of the much needed alone time to re-group as a team.”

With so many famous and non-famous parents taking their children to public places this summer. Dr. Sophy offers advice for dealing with your children and helping them to learn to protect themselves. “Stranger Danger is a topic that begins as soon as your child understands their surroundings; usually around the age of three or four. Most nursery, preschool, or mommy and me programs will introduce this topic. As a parent, you can reinforce what is being stressed as far as safety and boundaries of appropriateness; not speaking to or going anywhere with strangers is something every child should understand.”

Next week we conclude the second part of Dr. Sophy’s advice for families which includes the possibility of divorce and how to handle it with children. Dr. Sophy’s book “Side by Side” is available in bookstores around the nation and on Amazon. Beverly Hills-based Dr. Charles Sophy treats celebrities and children who are part of the L.A. County foster care system.

Movie and television star Muse Watson will temporarily put away his 0.45 to play the romantic lead in “Three Times A Lady,” a romantic comedy. Muse Watson is best known for his performances in the blockbuster films, “Somersby,” “Something To Talk About,” “Assassins,” “Rosewood,” “I Know What You Did Last Summer,” “I Still Know,” “Austin Powers II,” and his most notorious TV roles as Mike Franks in the award winning drama “NCIS” and Charles Westmoreland in the Emmy and Golden Globes nominated as well as People’s Choice Award – winner “Prison Break.” Watson recently starred in “A Christmas Snow” directed by award-winning Tracy J. Trost to be released October 8. Trost is also in talks to direct “Three Times A Lady.”

Atlantic recording artist Jason Castro guest stars on CBS’s The Bold and the Beautiful” Thursday, July 29 and Friday, July 30 on the CBS Television Network. Castro, third runner up on the seventh season of American Idol, will perform “Love Uncompromised,” off his recently released self-titled debut album. He will appear in scenes with Kimberly Matula (Hope) and Zack Conroy (Oliver) as Oliver attempts to romance Hope back in to his life after a terrible misunderstanding tore the two young lovers apart. Castro’s current single, “That’s What I’m Here For,” was heard in a recent episode of “B&B.” Castro’s website is at http://www.jasoncastromusic.com/.

The Brentwood based band “ACIDIC” is going to be doing a national tour this summer. The local band will return to L.A. where they will be doing a concert at Troubadour in West Hollywood later this week. To find information about the tour and local concerts, go to the band’s official website at acidicband.com. This up and coming group is gaining fame worldwide.

Changing the subject from fame to infamy, actress Lindsay Lohan finally did it. On Tuesday the former child star made an appearance in a California Superior court here in Beverly Hills in front of a judge who felt she’d had enough of Lindsay’s excuses on her bad behavior. The judge ruled in the case giving Lohan 90 days in jail, which she must start serving in two weeks. Lindsay later found herself in even more hot water when a close-up of her fingernails showed that she’d used the “F” bomb on the nail of her middle finger, with courtside watchers and legal analysts saying Lindsay’s apparent disrespect for the judge may come back to bite her in the butt, as she will be before this judge again. In addition to the 90-day jail sentence, once released from prison, Lindsay will also be forced into a 90 -day drug and alcohol in-house facility for her addictions. This will put a damper on her already troubled acting career. Lohan’s parents both spoke out after the sentencing by saying, the punishment was too harsh. By the end of the week, even Lohan’s attorney had quit representing her.

However, this week two former child stars finally spoke out about children in entertainment. Singer and actress Janet Jackson was asked by HLN’s Rachelle Carey if she would ever allow any of her kids in the future to work in the business. Janet said an emphatic, “No way!” She revealed that it was tough on her and her siblings as well as other child stars in the business to handle the tough industry. Britney Spears who has had a number of legal problems in the recent past went a step further. Saying of her two young kids, “If my boys ever wanted to be actors or in the business, I would lock them in the house until they are 30 years old!” With so much emphasis on the deaths of Gary Coleman and Michael Jackson, here’s hoping parents with stars in their eyes take the sage advice of two ladies who know firsthand how tough and difficult it is to be a child in the limelight of Hollywood stardom.

After only two episodes airing, “Hot in Cleveland” starring Betty White and Valerie Bertinelli has been picked up by TV Land for a second season. The first episode was seen by a whopping 5 million viewers, while Betty White is still beaming from her stint on “The Bold and the Beautiful” and her hosting gig on “Saturday Night Live.” Miss White, you go girl!

As if we hadn’t learned long ago about Mel Gibson’s apparent temper, more tapes were leaked this week with a man reportedly Gibson yelling and telling a woman, presumed to be his girlfriend that she should be hit! This after last week tapes of a man also presumed to be Gibson were also leaked of a man making racist remarks including the “N” word and threatening a woman who was on the tapes pleading. Let’s hope this coming week we won’t have to hear anymore tapes or allegations of Mel Gibson’s alleged temper. On Friday, the Malibu authorities confirmed that an investigation is underway regarding alleged physical violence in the Mel Gibson case.

Thankfully we have wonderful people in Hollywood who deserve a lot more attention than those who are constantly behaving badly. One of those people is my dear friend Kate Linder, who flies the friendly skies as a flight attendant but has appeared as Esther on CBS’s “The Young and the Restless” for over two decades now. On November 26, Kate will be enjoying with some lucky fans a beautiful three-day Baja Mexico cruise. The ship will travel from Long Beach to Sunny Ensenada, Mexico. If you are interested in this opportunity, please call Patty at Plaza Travel 800-347-4447 or 818-990-4053 or e-mail Patty@plazatravel.com.

Kate is also hosting the 12th annual Afternoon Tea in Vancouver with costars Stacey Haiduk (Patty and Emily), Michael Muhney (Adam) and Christian LeBlanc (Michael), as well as “Y&R” hair and make-up experts, George Guzman and Patti Denney at the Vancouver Marriott Pinnacle Downtown in British Columbia, Canada on Saturday, August 7, at Noon ”“ 2 p.m. Fans will receive a complimentary gift bag. If you wish to attend, tickets can be purchased by calling 604-683-2873.

On Sunday night “True Blood” returns after taking the Fourth of July holiday off. It’s certainly going to be an exciting night. On Monday’s episode of “B&B,” Bill (Don Diamont) asks the Logan sisters to trust his plan; then spars with Stephanie (Susan Flannery) before revealing his secret weapon. It’s a real shocker! On “Y&R” fans can expect things to get even crazier as Adam (Michael Muhney) continues to pull the strings with his family and enemies. Though Victor (Eric Braeden) may have a plan to end it all.

“Eclipse” has taken in an estimated $200 million dollars since its June 30 midnight debut. Young girls are still finding Edward and Jacob irresistible and are helping to put this “Twilight” franchise on the way to becoming the most successful films in movie history.

Next week we discuss the Primetime Emmy nominations.

Hopefully we can all take Dr. Sophy’s great advice and try to enjoy the summer. See you next week!