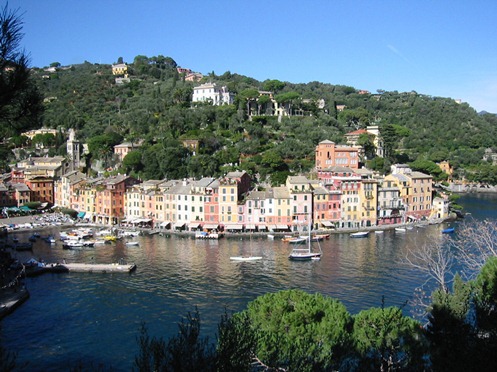 BEVERLY HILLS—This week in Hollywood, it was all about family. From Brad Pitt to Sarah Palin, the families who create such a unique place in many Americans’ hearts and souls have been busy making television shows and trying to make movies about real-life adventures. Also, Brentwood resident Michael Gossard spoke with us about his upcoming holiday U.S. tour.

Brad Pitt’s Plan B Entertainment production company has shown interest in the story surrounding the Chilean miners who were trapped underground for months and who all survived and returned to the world as proud and strong as the day they went down into the coal mine. Pitt has always loved stories about real people, and so far nothing has been set, but Brad is hoping to bring the Chilean miners’ story to the big screen.

“Sarah Palin’s Alaska” garnered almost 5 million viewers for the debut of her new TLC reality series on Sunday night. Whatever people say about the lady, she certainly has the allure that Kate Gosselin also created for herself. I’m not a fan of reality TV, this show or Miss Palin, but good for her followers, who can’t seem to get enough of the former Governor of Alaska. Here’s a way for Ms. Palin to showcase one of the nation’s most beautiful states. Maybe it’ll help tourism in the last frontier of America’s west? “Sarah Palin’s Alaska” is on its way to joining “Jon and Kate Plus 8” on the same network, which had a record 10 million viewers when the Gosselins were in the midst of divorce.

Good news for Britney Spears and her family. After being divorced for eight years, the parents of the pop star, Jamie and Lynne Spears were seen cuddling at Los Angeles lounge Boudoir last weekend, and have been seen out together ever since. Perhaps the couple found common ground when dealing with Britney’s mental meltdown a few years ago, which played out in the public eye. It’s a great thing to see Hollywood families bond over tough times, and now word has come that even the estranged Lohans, Lindsay and her father Michael, are seeking family counseling to possibly heal the wounds inflicted on the family when Lindsay’s parents Michael and Dina divorced some years earlier.

Nick Lachey and fiancÃ©e Vanessa Minnillo are basking in the love they share, with a wedding being planned for early next year. Nick said that his idea of love songs to dance to at their reception is easy to choose from. He stated that all the tunes from his former group 98 Degrees make the perfect wedding songs. Just a couple weeks after their announcement, Nick’s ex-wife, Jessica Simpson, announced earlier this week that she’s also engaged to Eric Johnson. Jessica’s been showing her huge engagement ring all around town, while proclaiming that Eric is the one for her. Good luck to both couples.

Brentwood-based modern rock band ACIDIC has announced their upcoming U.S. tour which will include dates with bands Filter and Hawthorne Heights. The first leg of their tour has ACIDIC opening for Filter in cities across the western US. The second leg includes dates in the Midwest opening for Hawthorne Heights (ACIDIC had opened for the band this past summer).

“We are insanely excited about this! It’s the first chance we’ve had to work with Filter,” said lead singer Michael Gossard. Gossard added, “The best part is that this tour is taking us back through some of the places we played with Hawthorne Heights this past summer, like Denver and Salt Lake City, where some of the greatest fans in the world live! And to be able to join Hawthorne Heights for a second tour, right after Thanksgiving, that’s just awesome! Feels like it’s Christmas already!”

For more information about ACIDIC, including their tour or ticket information, please visit their site at acidicband.com.

See you next week! XOXO

Photographs Courtesy: Mark Crosby main portrait and ACIDIC Band by Alfredo Luna
DISCLAIMER: This article was a contribution made by an outside agency or person. The content has not been verified by Canyon News. Please exercise your due diligence prior to relying on this article for factual information. Canyon News is not responsible for the views, words, and opinions of contributors.