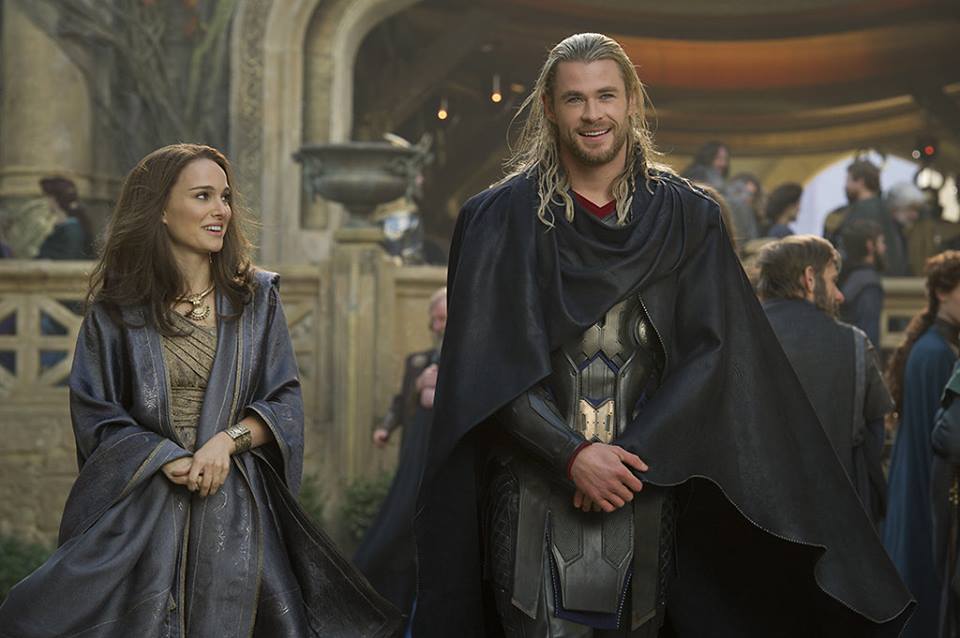 HOLLYWOOD—I was not a fan of “Thor” when it came out in 2011.  I thought it lacked in story, the direction was sloppy and there was no villain worth talking about.  When buzz surfaced that a sequel would be taking place, all I could think was what a waste, but timing changes everything. “Thor: The Dark World” is a huge improvement over its predecessor.

For starters, this picture has a story that is quite compelling as it unfolds on the big screen.  Out title character, Thor (Chris Hemsworth) has been fighting a two-year war to restore peace amongst the Nine Realms. His brother, Loki (Tom Hiddleston) has been sent to prison for his crimes. While the citizens of Asgard, think all is at peace, a new evil is emerging in villain Malekith (Christopher Eccleston), leader of the Dark Elves.

This time around the special item that has both good and evil fighting is known as the Aether. This unknown entity finds its way to Thor’s love interest Jane (Natalie Portman) who holds the key to saving Earth and multiple realms. So in this essence this brings the two love birds back together, as they haven’t seen one another in quite some time.  Malekith wants the Aether to destroy the universe and restore the dark-energy state.  For those who haven’t read the comics it may take awhile to completely understand all that is taking place around you.

This sequel is indeed an improvement, not only because of a more interesting storyline, but because the characters are a bit more interactive.  In the previous film, it appeared characters only mingled because they were forced to, whereas here, it’s a bit more authentic, genuine to say the least.  The chemistry between Thor and Jane is not as convincing as one would expect it to be. Its there, but its not instantaneous.  Eccleston is a treat as the big baddie; he’s a brutal force and presents an actual threat not only to Earth, but the various realms. As a spectator, I didn’t sense that with Loki in the first installment.  It was more a tale of two brothers having a bit of a disagreement.

Speaking of Loki, he is a crucial character this time around, as Thor is forced to ask his enemy for assistance in defeating a bigger threat. Loki is a character, better developed compared to our hero Thor; there is always an ulterior motive lurking with this character.  The audience might suspect something, but we can’t always confirm it, which is a testament to fine acting on Hiddleston’s part. This movie has action that will thrill any movie buff. Destructive chaos resonates on both Earth and Asgard in some epic battle scenes.  Important tip: don’t waste any extra cash on those 3D glasses; like the first installment it’ll be a waste of money, trust me I’m speaking from first hand experience. If a movie is not shot in 3D, it’s better to use those extra dollars towards the concession stand.

“Thor: The Dark World” is not a cinematic masterpiece, but it is a big leap from its 2011 cohort, as it provides a compelling story, characters a bit more fleshed out and action-sequences to die for. This movie has a substantial balance of all the essential elements of filmmaking to present a story unlike any other.

5 Steps To Take To Prepare For Investing In 2021