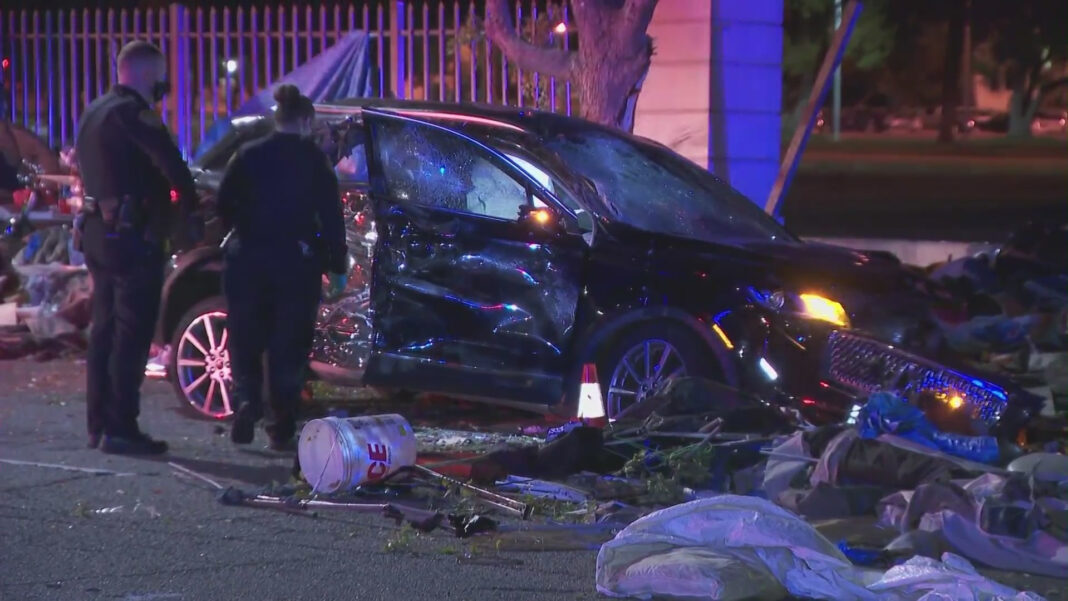 BRENTWOOD—Officials with the Los Angeles Fire Department were dispatched to the scene of a vehicle crash around 12:30 a.m. in the 11500 block of West San Vicente Boulevard near Wilshire Boulevard, on Thursday, March 4, An SUV was driven through Veterans Park injuring three people in the process.

The victims were transported to a local hospital, where they were examined and diagnosed with minor injuries. The driver of the SUV sustained no injuries and remained at the scene as officials completed their investigation.

The accident was captured on video surveillance, depicting the SUV collided in the area where a fence was located and made contact with some of the homeless tents.

The SUV was later removed by fire crew authorities using special equipment to lift the vehicle from the scene. After investigating the vehicle crash, officials determined that the vehicle was traveling at high speeds, no drugs or alcohol were a factor in the crash.

Anyone with information on the incident is asked to contact the Los Angeles Fire Department.