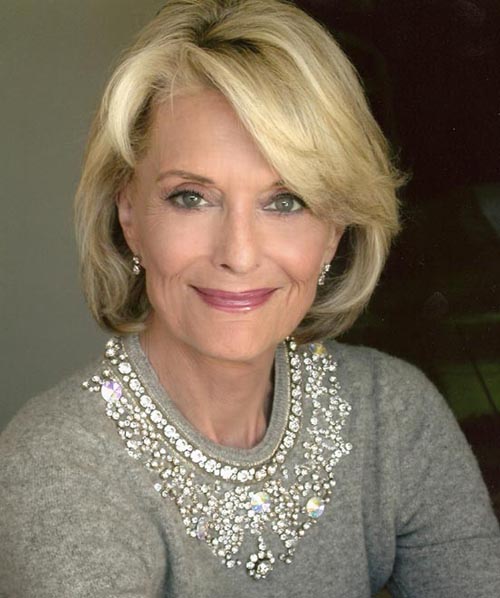 BEVERLY HILLS —This week we pick three of Hollywood’s true beauties. They include a distinguished film star who now appears on an ABC soap, a respected international star who plays the sexiest cougar on television and a Bel Air resident who is behind the camera, but no less beautiful than many of the great beauties in Hollywood. Constance Towers, Lesley Anne Down and Maria Arena Bell send hearts aflutter often in Hollywood and each week, in choosing ladies for this category it became evident that these three ladies belong in this category.

Constance Towers has worked opposite giants like Michael Douglas, Anthony Geary, Glenn Ford, John Wayne, William Holden and Yul Brynner. However, the role of Helena Cassadine is how most fans today know the star. TV Guide’s Michael Logan has often called her, “The classiest woman in the business,” and for good reason. Connie remembers her fans, she is a real pro that always has a smile on her face and what a smile that is. In the 1950s Columbia Studios placed her under contract and insured her beautiful blue eyes for a million dollars. She’s worth a lot more than that to so many millions of fans who love to hate her and fear her as the evil Helena Cassadine on “General Hospital.”

Lesley Anne Down is also a respected actress who is known all over the world, thanks to the master of television Bradley P. Bell. Bell hired Down to portray the role of Jackie Payne on his hit CBS soap, which is the most watched show on the planet. Lesley has worked with some of the most distinguished actors of our generation, but what makes her so beautiful is her great British humor. Jack Wagner told Canyon News in an interview last year, “Lesley and I have the same sense of humor. Sometimes we just cut up and laugh so hard, she’s got a wicked sense of humor as well.” Maybe it’s true that laughter is the best medicine? This lady who works opposite one of the most handsome men in television (Brandon Beemer) makes every male viewer’s pulse rate jump with excitement.

There are some women who work behind the scenes in the industry who belong in front of the camera as well. Lee Bell, Lauralee Bell, Kathryn Bigelow, the list goes on. However, speaking of Bells. Maria Arena Bell, who is the head writer and executive producer of the long-running number one daytime drama “The Young and the Restless” has so many great beauties on her series. From Sharon Case to Michelle Stafford, Jess Walton and Melody Thomas Scott. There is one thing all these women have in common with their boss —Maria is stunning. A married mother, who works from dusk until dawn on a daily basis, people often have to run to keep up with her on the set. Maria embodies what all Bell women embody, class, style, elegance and then there is the persistent thing called beauty, which comes through every pore. Maria proves you can be smart and beautiful, and is a role model for many young women who come to Hollywood and want to do it all.

Constance Towers, Lesley Anne Down and Maria Bell are this week’s True Beauties in Hollywood.