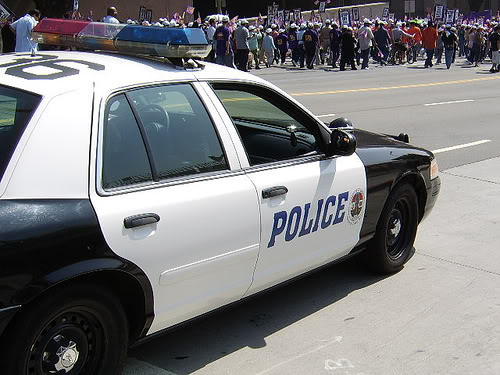 The incident occurred at around 6:25 a.m. Responding police officers pointed guns at two men on an apartment balcony for nearly an hour. A woman and two men were taken into custody at the building at about 8 a.m. A B.B. gun was discovered, yet no injuries were reported.

The officers ordered the men to keep their hands up while holding them at gunpoint from the roof of a nearby structure that was part of the apartment complex.

No further information on the suspects or the incident is available as of press time.

The Topanga Community Police Station, which serves Canoga Park, West Hills, Winnetka, and Woodland Hills provides information about programs for community members, including P.A.L.S, (Police Activity League Supporters), which is a youth crime prevention program that relies on educational, athletic, and other recreational activities to cement a bond between police officers and youth in the community.  The program is intended to promote trust and understanding between young people and police officers by bringing youth under the supervision and constructive influence of dedicated law enforcement professionals, and is based on the conviction that young people—if they are reached early enough—can develop strong, positive attitudes toward police officers and the law.  Studies reportedly indicate that if young people respect a police officer on the ball field or in the gym, they will be more likely to respect the laws that police officers enforce.  Such respect is believed to be beneficial to the young person, the police officer, the neighborhood, and the business community.

For more information, visit http://www.lapdonline.org/topanga_community_police_station, or call the Topanga Community Relations Office at 818-756-3180.