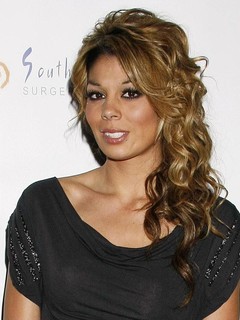 WEST HOLLYWOOD —A woman who claims to be a mistress of Tiger Woods was taken into custody for a number of traffic warrants on Wednesday evening, April 14.

According to media reports, Jaimee Grubbs was pulled over and arrested at approximately 5 p.m. while driving down Crescent Heights Boulevard in West Hollywood.

Officials from the Los Angeles County Sheriff’s Department said in a prepared statement that while Grubbs was driving her Ford Mustang, records revealed three outstanding warrants on the vehicle’s license plate, which soon led to the arrest.

Grubbs was released the following morning, and is scheduled to appear in court on Thursday, April 22.

Grubbs, who is said to be a cocktail waitress, has gotten a lot of media attention these last few months, as she confessed to being sexually involved with Tiger Woods despite his marriage to Elin Nordegren.