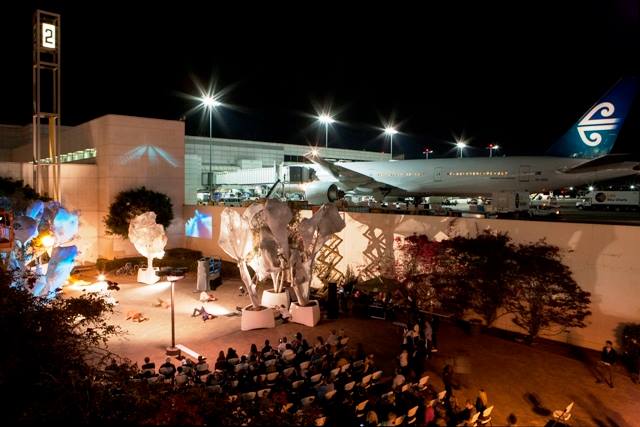 UNITED STATES—On Friday, November 1, tragedy struck at the LAX airport, when a TSA agent was shot and killed by a deranged gunman.  The suspect was captured by police, but no motive for the shooting has been unleashed. The suspect was taken into custody and is being charged by authorities.  Just a mere three days later another shooting incident has occurred at a New Jersey mall.  The suspect in this case was seen cloaked in a black coat and a biker helmet and a large weapon.  These stories are indeed alarming news to our society.  It appears every few months there are more and more incidents taking place in America where mass shootings are taking place.  It’s a scary feeling that should be a concern for all of us.  Just where is all this violence coming from and precisely what can we do to halt the epidemic?

The incident at LAX caused panic amongst passengers planning to fly to and from the airport as a TSA agent lost his life because of the shooter.  We should expect even heightened security at airports across the nation with this latest incident, but an even larger question to ask is just why this suspect was able to get so far into the airport with a weapon in the first place.  In my opinion, it wouldn’t be a bad idea to have a security check before entering into the actual airport.  Yes, I know what so many people are thinking, more delays before getting to my flight. But this could halt any situations where a potential gunman could get into the airport and initiate a complete panic for fliers.

On Monday, November 4, a gunman at a New Jersey mall caused panic as he fired several shots; luckily no one was injured during the shooting, but it did create a panic for those shoppers who were inside the mall at the time. Officers located the gunman dead, with a self-inflicted gunshot to the head with a note.  My biggest concern with all of these shootings is the fact that they are taking place in public places where everyone has access to.  Not only are we at risk, but our children are at risk as well.  We have already lived through the tragic shooting at Newtown, CT, which literally shook this nation to the core almost a year ago.

We as a nation have to get a handle on this issue of being ‘armed.’ The idea of being ‘armed’ in my opinion is something that has caused a massive outflow of violent incidents. So many people have access to guns and that access opens the floodgates to more and more violent crimes.  Will there ever be an amendment to halt the idea of citizens having the right to bare arms.  Not likely, we have way too many people in this nation who think it’s a fundamental right, where they just need to tot that weapon.  I’m so concerned for where our country is heading in the coming years.  We have already suffered too many mass shootings that have created hysteria across the nation; with each day people are becoming more fearful of venturing out into society.

There have been discussions in the media to focus on providing more care for those suffering from mental illness, but its not enough. There is an epidemic taking place in America, were violence is reaching a fever pitch.  When will it end? An even more important question to ask is what we can do to change it?