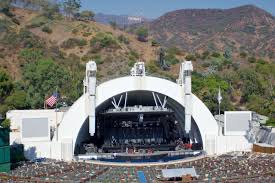 HOLLYWOOD/SANTA MONICA—On October 27, the Los Angeles County Sheriff reported that the Hollywood Bowl Homeless Outreach Project is in development in response to the difficulties that residents near the Hollywood Bowl say they have experienced from transients who live in the area.

Members of the Hollywood Bowl community filed multiple complaints reporting threats and acts of violence, thefts, panhandling, littering, bathing in residents’ pools, defecation and fires started by homeless individuals whose encampments are located in brush areas near the Hollywood Bowl.  During September, Parks Bureau sheriff’s deputies and homeless shelter outreach workers contacted many of the transients residing in the surrounding hill areas to offer shelter, medical and mental health treatment and other services to provide safer options both for the transients and residents.

Traffic on the Hollywood Freeway was temporarily slowed as a result of the operation; however, none of the individuals were arrested or cited.  Approximately 50 members of the California Department of Transportation collected trash left behind by the transients and four dump trucks carried the trash away.

In a press release issued by LASD, Sheriff’s Parks Bureau Captain Stephen Smith stated, “We are pleased with the outcome of this project.  We were able to address the residents’ concerns and help some of the homeless as well.  Without the hard work and dedication of all the participating agencies, we might not have been so successful.”

MRCA is committed to the preservation and management of local open space and parkland, watershed lands, trails and wildlife habitat.  The organization also manages and provides ranger services for nearly 60,000 acres of public lands.  The parks, which are owned by the Santa Monica Mountains Conservancy, provide extensive educational programs for visitors.  Along with the participation in the operation to assist homeless individuals and respond to residents’ complaints, the MRCA will provide restoration for the public parkland that has been affected by the transients’ encampments and continue to provide any necessary cleaning services and patrol to prevent further illegal encampments and other hazards from redeveloping in the area.