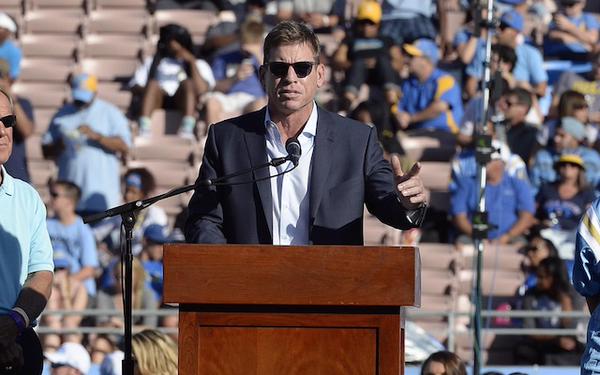 With an expected ground breaking this fall, the center has decided to name their strength and conditioning facility “The Troy Aikman Strength and Conditioning Center” to honor the former Bruin quarterback for his donation and dedication.

Aikman has had a great relationship with UCLA since he transferred from Oklahoma in 1985, finishing both of his seasons 10-2 and winning the Pac-10 Offensive Player of the Year his first starting year. He was inducted into the College Hall of Fame in 2008 because of his showmanship on the field.

This donation allowed Aikman to give back to the university that helped mold him into the superstar athlete he became and he hopes to pass that on to future Bruin student-athletes. “My time at UCLA helped mold me into the person I am today, and I want the Bruin student-athletes that come after me to have the same opportunity I had to achieve their boyhood dreams,” said Aikman in a press release.

After 18 months of fund raising, the Wasserman Football Center has made $54 million of the $65 million needed for the facility.