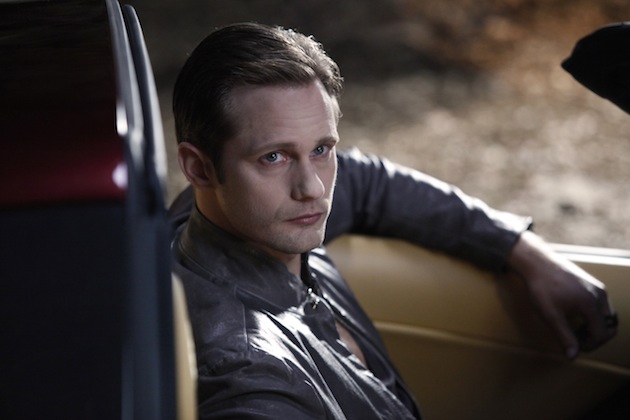 HOLLYWOOD—On Sunday night, the “True Blood” episode titled “Night on the Sun” was a shocker. Everything we believed by the end the previous episode was turned on its head, while new revelations appeared as bright as sunlight to the characters we love and to viewers. Rene Thurston tells Canyon News, “I adore Alfre Woodard as Ruby Jean. She’s a tremendous actress, and I hope some of her words to Lafayette tonight mean we may see more of her in future episodes. And I’m really enjoying the familial relationship that’s developing between Bill and Jessica. They can understand each other in a way that their human love interests never will.”

Shaken and disillusioned, Sookie started to rethink her relationship with Bill. However, the anger and pain turned to lust and forgiveness for the show’s super couple. “True Blood” devotee Nicole Stuckey said, “Sookie and Bill stole my heart, I knew he couldn’t stay away for long and their make up couldn’t have been better.”

Sophie-Anne, forced by Russell, took up a new residence as Russell plotted his next almost deadly move. His attack on Jessica was only eclipsed by Eric’s attack on Talbot. Bobby Head tells Canyon News, “Tonight brings us closer to the cliff hanger of the decade! You can see it building. When King Russell gets back to Mississippi and discovers his partner has been staked, there will be hell to pay. Can Eric hold him off? Probably not! But with the help of Bill, Eric will soon overcome the King. And don’t forget the Queen Of Louisiana, she hates King Russell too. With those three Vamps and all the hatred they have for him, it will be bye-bye King!”

Jessica (Deborah Ann Woll) and Bill reconciled, even though Bill unselfishly offered her freedom from being tied to him. Jason threw down the gauntlet in hopes of saving Crystal from her demented and evil father. Though it puts him in direct danger of drug dealing supernaturals.

Lafayette (Nelsan Ellis) received the surprise of his life when his mom, Ruby Jean (Alfre Woodard), came to visit him. Sam tried to keep Tommy in check, which is becoming a huge job. Merlotte’s got a new waitress. Is she psychic or what? She knew that Arlene is pregnant.

Eric proved the depth of his allegiance to Russell, which viewers learned was less than his loyalty to his deceased family. Sookie found herself in a vulnerable position when Alcide needed to deal with a family emergency, but it brought her back to Bill, who arrived accompanied by his baby vampire, Jessica, to save Sookie’s life.

Alabama reader and Truebie Kim tells Canyon News, “Wow! That was one roller coaster ride! I started out being so sad that it seemed to be the end of Sookie and Bill since his only wish was for her to have a love she could lead a normal life with and grow old with. That was upsetting. Then for about five seconds, I thought maybe there was some hope that she might eventually find love with Alcide. But, the way it ended, with Bill coming to Sookie’s rescue once again looks like it’s still the Bill and Sookie show! I do love them together. However, you have to wonder just what else is in store for these two star crossed lovers? I bet they’re in for an even bumpier ride!”  “True Blood” fan Tony Saprana summed it up, “We are seeing different sides to All the main characters which I think is Brilliant writing! “All I can say is WTF! I’m blown away by the best television series ever [sic],” concluded Truebie Erin Daigle.

“Night on the Sun” was written by Raelle Tucker, while directed by Lesli Linka Glatter.  Catch the show Sunday nights at 9 p.m. on HBO.