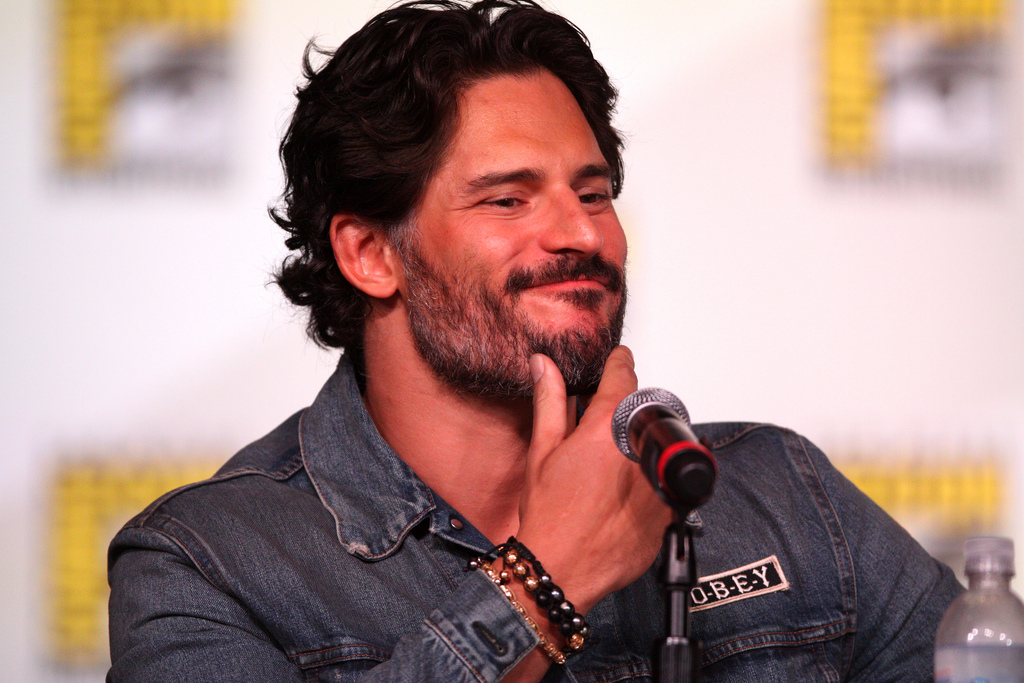 HOLLYWOOD —With “True Blood” on hiatus, fans are rabid for new information on upcoming cast members who have recently joined the series. One such character is the much anticipated werewolf, who comes to Bon Temps in an effort to assist Sookie Stackhouse, played brilliantly by beauty Anna Paquin. The werewolf, Alcide Herveaux, will be portrayed by handsome “Irene in Time” star Joe Manganiello. There is no surprise to those of us who know Joe that he’d be the perfect specimen to embody a sexy and alluring werewolf on the series that has been very instrumental in saving HBO and has revived an audience of die hard fans nicknamed by the series, “Truebies.”

Fans are in for a real treat. Though Manganiello is remembered by most for his role on “One Tree Hill,” the handsome actor impressed critics and his costars when he appeared in pivotal scenes in Henry Jaglom’s great film of 2009 “Irene In Time.” Joe was always professional, on time and enjoyed working with his leading ladies. He was very modest and humble and is very prepared for the onslaught of stardom about to head his way now that he’s joined television’s new cult classic.

Fans are anticipating with delight and impatience his scenes with Oscar winner Anna Paquin, and his leading lady in “Irene in Time,” Kelly DeSarla was ecstatic when Canyon News told her about his new role. “I am so excited for him! What a terrific show to be a part of. Joe is such an instinctive actor, and so much fun to work with. I am sure he will bring something special to the show and the role, and I wish him all the best,” said DeSarla.

“Irene’s” leading lady, Tanna Frederick who is getting Oscar buzz for her amazing work in the film was also ecstatic when I told her during her New Year’s Eve party about Joe’s new gig. Frederick was stunned by the news and immediately lamented, “He had a quiet vulnerability that is incredibly striking, powerful and compelling on-screen. Joe [Manganiello] is so different from many other actors because he wears his strength underneath his collar and plays with that strength by pulling you in like a spider, whether you want to be lured in or not,” said Tanna. “He’s also deliciously dark and sensitive, almost a dangerous combination for the ladies. Among other great assets, he has an other-worldly gaze that you can drown in when looking at him.”

So Alan Ball sees what Frederick and DeSarla also see in Manganiello. Wonder if Anna Paquin’s Sookie will use her powers of mind-reading to get inside Alcide’s head or will she be captivated and drawn in by the smoldering hunk that managed to enchant and engage his “Irene in Time” leading ladies?

In “Irene” Manganiello was a guy in the shadows. Something tells me that Alan Ball has a different plan for the mysterious werewolf who arrives in Bon Temps in June. I’ll be waiting along with the ladies he co-starred with to see what charm and spell he casts over the “Truebies” who inhabit the world of “True Blood” each week on Sunday nights on HBO.