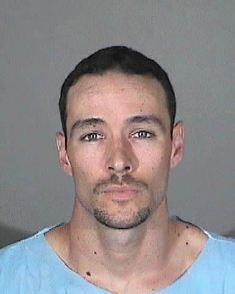 SANTA MONICA—The Santa Monica Police Department released a statement on Monday, February 10, indicating that 27-year-old twins Anthony and Conrad Sowash each pleaded guilty to one count of assault with a deadly weapon on February 3 at the LAX Courthouse. The twins, who are

Los Angeles natives, have been in custody since July 4, 2013.

Santa Monica Boulevard. The twins along with two of their female friends were involved in a quarrel with another group of young adults.

“The groups did not know each other,”Â said Sergeant Jay Moroso to Canyon News. “The victims were all students at local universities.”Â

What began as a friendly exchange later escalated to multiple stabbings to the victim with a knife. The conversation between the parties began when they asked for a cigarette and a lighter, says Sergeant Moroso.

Santa Monica Police responded quickly, apprehending both Sowash brothers after a foot pursuit. Their female companions were arrested on charges of misdemeanor assault and the current dispositions of the females are unknown as they were handled by the city attorney.

Santa Monica resident,”Â said Sergeant Jay Moroso in a press release.  “Conrad was released using the time he had already served in jail as his sentence. He was placed on probation.  Conrad acted in concert with Anthony during the assault, but did not use a weapon.”Â

All victims involved in the incident have recovered from their injuries.

Antonio Brown Turns Himself Into Police