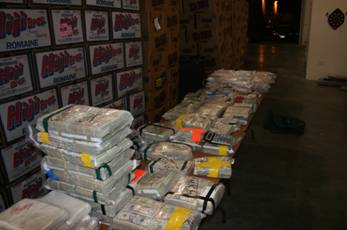 According to Sgt. Jay Trisler, the incident occurred on January 5, and consisted of task force investigators from the Santa Monica Police Department, the El Monte Police Department, and Immigration and Customs Enforcement, along with the Costa Mesa Police Department.  The multi-agency operation led to the surveillance of one of the suspects, Vasile Babuschin, who arrived at the Los Angeles International Airport (LAX) from Toronto, Canada.  The suspect led federal agents and investigators to a suspected drug residence in North Hollywood, as well as a warehouse and semi-truck in Valencia.

Vasile Babuschin and Sergei Souetoy, of Canada, were taken into custody at the SMPD jail. The suspects were booked for narcotics charges.  Further details on the incident are unavailable as of press time.