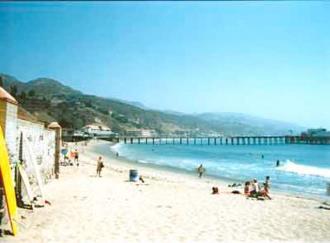 MALIBU — Two capsized kayakers who were stranded one mile from Coral Beach were spotted and rescued by Baywatch crews on Sunday, December 29 at around 4 p.m.

Winds were blowing at about 20 miles per hour. The kayakers were blown out of their kayaks by the strong winds and spent close to 30 minutes to an hour floating offshore without lifejackets.

A beach bystander spotted them and informed the lifeguards. After being rescued, the victims were sent by boat to the Malibu Pier for treated. They were later transported to a local hospital.