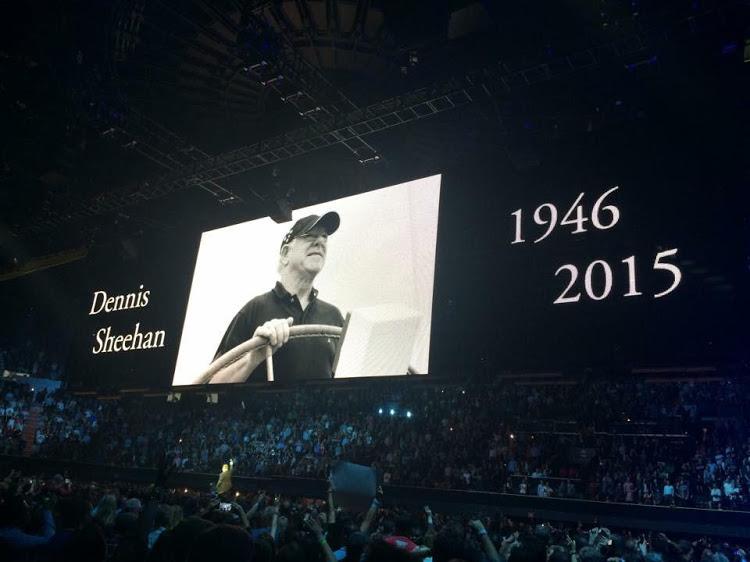 WEST HOLLYWOOD—U2’s longtime tour manager, Dennis Sheehan, passed away in the morning on May 27.  Sheehan, 68, had worked with U2 for 33 years, and managed tours for many other bands, such as Led Zeppelin, Patti Smith, and Siouxie and the Banshees.

Firefighters were dispatched to the Sunset Marquis Hotel in West Hollywood at 5:34 a.m.  on Wednesday.  He was found not breathing and is reported to have died of a heart attack.  Sheehan had bypass surgery in 2005, but was relatively healthy.  U2’s ex-manager Paul McGuinness told the Los Angeles Times, “He might have a glass of wine or beer once in awhile, but that would be it. He was a very clean living individual.”

In 2008, Sheehan was presented with a Parnelli Lifetime Achievement award, which honored his work in the live music industry.

At U2’s second night out of a run of five shows at The Forum, the band payed tribute to him.  Bono told the audience, “[U2] is a brotherhood and the extended family is important to us…and last night we lost a member of our family.”  He told an anecdote about the band showing up to Sheehan’s last birthday dressed as Led Zeppelin, and showed a montage of photos from his life.