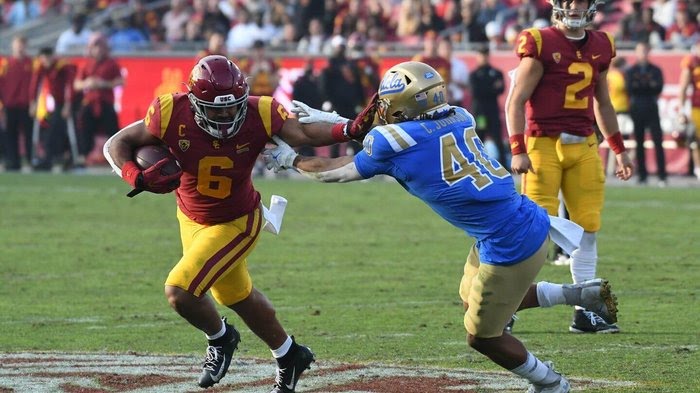 “After careful consideration and thoughtful deliberation, UCLA has decided to leave the Pac-12 Conference and join the Big Ten Conference at the start of the 2024-2025 season,” said UCLA Athletic Director Martin Jarmond. From every angle UCLA and USC moving to the Big Ten seems to be a good decision for these schools, one that will help solidify these legendary institutions for decades to come.

The Big Ten will now have 16 teams after the stunning move, it is rumored that the juggernaut conference is prepared to ink a $1 billion TV contract. Also the Big Ten is the first conference stretching from coast to coast, with universities represented from the Atlantic to the Pacific.

The move is eerily similar to the events of last Summer, when Texas and Oklahoma decided to leave the Big 12 Conference to join the Southeastern Conference (SEC). UCLA and USC are jumping off a sinking ship, as the PAC-12 has lost its relevance in collegiate athletics in the past decade.

Many pundits have harshly criticized both UCLA and USC for the sudden move, callously remarking money and greed are the only reason. While this is the main motivating factor, their are logical choices other than money that makes sense for both universities. The Trojans and Bruins are seeking National recognition which will only come from playing more competitive, and ranked opponents.

In addition, the College Playoff Football Committee will be able to see the Trojans and Bruins at a time when they’re not asleep. Many West Coast games do not end until 3:30 or 4AM on the East Coast. It seems that the Pac-12 teams were invisible to the rest of the country.

“We will also benefit from the stability and strength of the conference; the athletic caliber a Big Ten institutions; The increased visibility, exposure and resources the conference will bring our student athletes and programs,” said USC Athletic Director Mike Bohn.

UCLA and USC will be members of the Big Ten Conference on August 2, 2024.