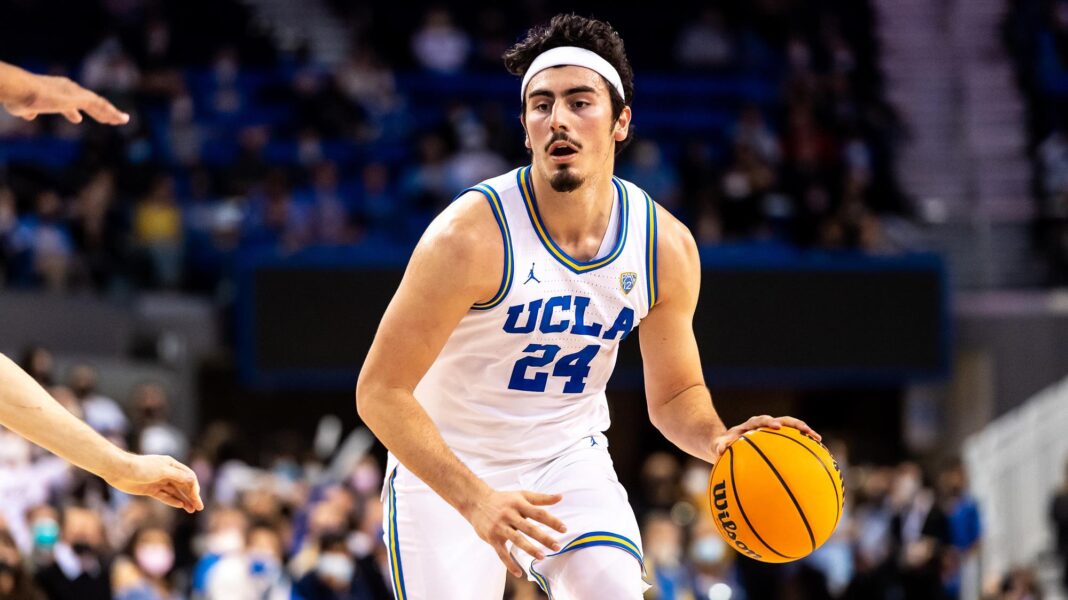 PORTLAND, OR—The UCLA Bruins are headed to their second consecutive Sweet 16 appearance after cruising to a 72-56 victory over St. Mary’s on Saturday, March 19 at the Moda Center.

After Thursday’s shaky performance in the opening round against Akron, UCLA bounced back with their most impressive victory of the season. It was a balanced attack as Tyger Campbell scored 16 points, Johnny Juzang added 14 as did Jules Bernard.

Taking a 36-29 lead into halftime, the Bruins utilized their physical brand of defense forcing three turnovers, St. Mary’s went 0 for 12 from the field for six minutes.

The most frightening moment of the game was when Jamie Jaquez injured his right ankle with 6:58 remaining in the game. He limped off the court and was helped off the court by teammates, but later return to the bench to support his team.

His status for Friday remains murky. “We’ve got until Friday until we play,” said UCLA Head Coach Mick Cronin. “Jaime, if he can walk, he’ll play.”

The No. 4 seed UCLA Bruins will face the No. 8 seed North Carolina Tar Heels on Friday, March 25 in the East Region in Philadelphia. The matchup will truly be a battle of Blue Bloods.