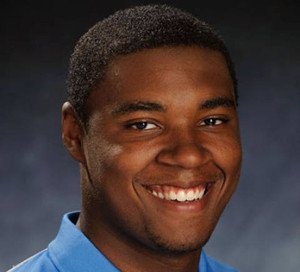 WESTWOOD — UCLA Bruins offensive lineman Torian White has been suspended from the team following an arrest on suspicion of sexual assault on Sunday, November 17.

“We are aware of the situation involving Torian White, and we take these accusations very seriously,” said Jim Mora, head coach for the Bruins. “Torian has been suspended from the team indefinitely while the legal process and student discipline process run their course.”

White, an offensive tackle, was arrested around 3 a.m. on Sunday, according to a statement released by the school, when police responded to a disturbance at an apartment complex on Glenrock Avenue, which sits nearby the campus. He was then booked into county jail, but he was released on November 19. A court date has not been set as of the printing of this story.

White has attended UCLA since 2011. He has not played a game since October 3 when he injured his right leg against the Utah Utes.

“Due to the ongoing police investigation, we are unable to discuss the matter further at this time,” said Mora.