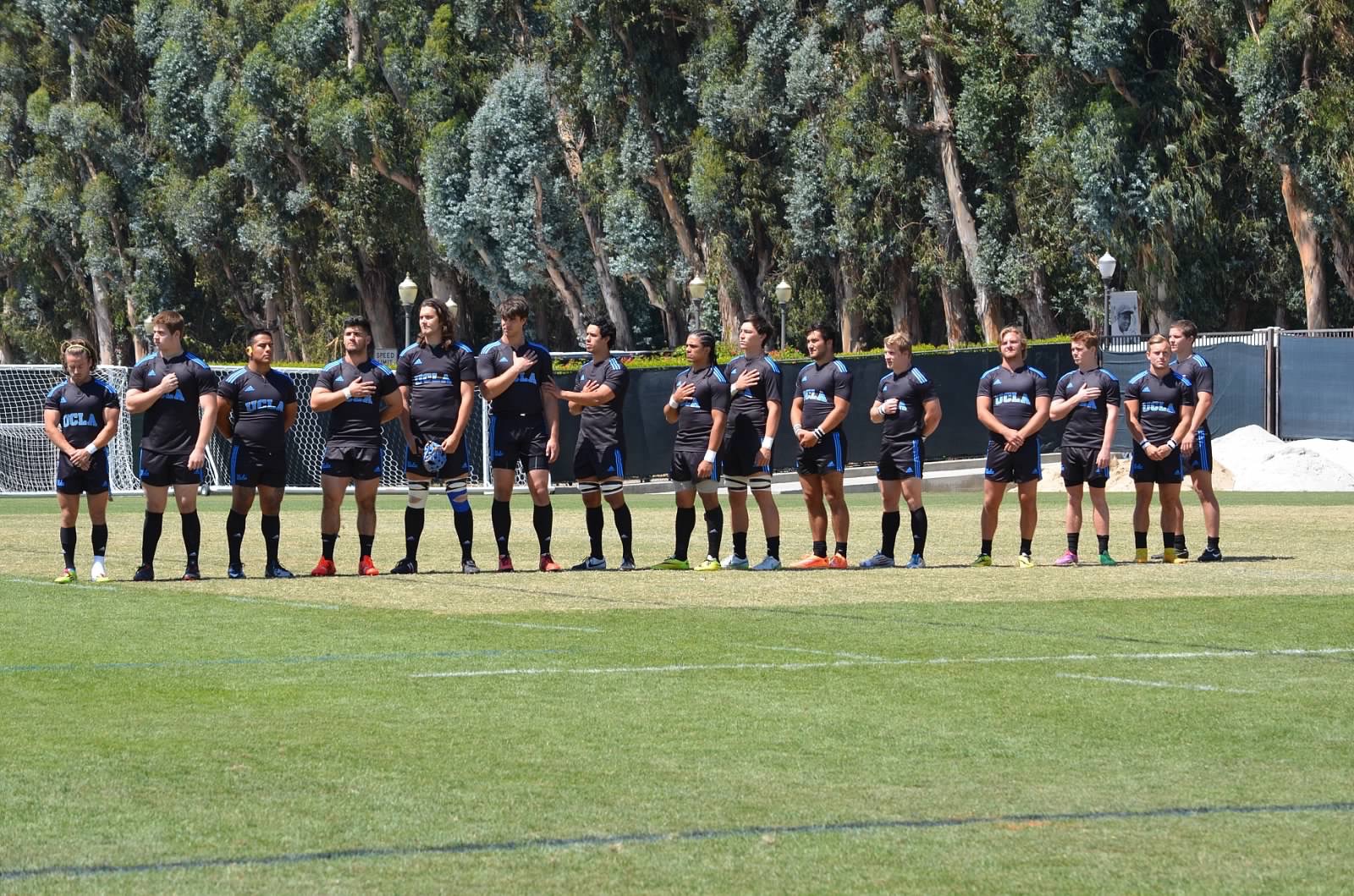 Visiting BYU, boasting an undefeated record and back-to-back National Championships came to Westwood with a physical, well-conditioned squad the envy of programs across the country.

On the other side stood a UCLA team fighting to rebuild the image of a program that much like the modern Cougars, was once a regular national champion and the preeminent force in collegiate rugby.

The 80 minute battle yielded a result that was never truly in doubt, as BYU defeated underdog UCLA by a final score of 45-16 to advance to next week’s National Semi-Final tilt with Central Washington.

In spite of a 29 point differential, Saturday’s outcome betrayed a closing gap between the two schools, who share a recent history of playoff competition.

In 2012, the Bruins traveled to Provo and were trounced by the Cougars 103-24, a match in which the two teams didn’t appear to belong on the same pitch.

In 2013, UCLA and BYU squared-off again, this time in Westwood to the tune of a 69-8 Cougars victory.

Though losing by “only” 29 points is a small consolation for a program now staring at the end of its season, Saturday’s contest looked nothing like the BYU v. UCLA match-ups of seasons past.

BYU led from start to finish, but the Bruins kept their foot on the gas until the biter end, tackling and rucking with a furious energy that no doubt left their opponent with more than a few reminders of their visit to Los Angeles.

Unlike seasons past, the teams truly did look as they belonged on the same pitch, a promising sign in a collegiate rugby world that has for so long been utterly and completely dominated by the likes of BYU and California.

The sport has grown in recent years. Superb athletes are no longer just filtering into the top schools, a reality evidenced by a play NBC Sports termed a “consolation try.”

In the 80th minute, with the game decided, the Bruins drove into BYU territory and benefited from a well-timed grubber from junior fullback Luke Hoffman, a ball that sophomore center Niall Barry rabidly chased-down amid BYU defenders for the game’s final score.

Sure, on paper the score read as meaningless, a parting gift in an otherwise harsh end to the season. But as future Bruins wandered the campus, the play could very well signify a changing of the culture, a closing of the gap in the world of American rugby.

Who knows? Perhaps some of those future Bruins wandering the school Saturday afternoon will themselves take part in the revolution.