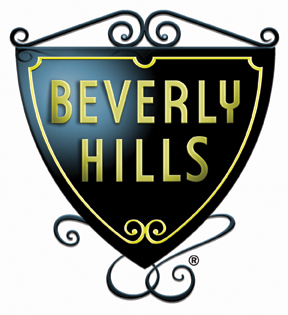 Local band Lucky Cricket will perform, playing all types of music including pop, rhythm and blues, folk and indie. According to a press release from Dana Beesen, Publicist for the city of Beverly Hills, the band will perform two sets. The first set is at 6:00 p.m. then the next is at 7:15 p.m.

Lucky Cricket’s style is based on an acoustic sound, but their music encompasses a wide range of genres. The band will play hits from Ed Sheeran, Coldplay and re-interpretations of songs from The Beatles and Frank Sinatra.

The free summer concert series began on June 2 and will run until September 1. The concerts are held every Thursday. The outdoor entertainment series features two 45-minute sets. Tables and chairs are available on a first-come, first served basis. Seating is also available on the grass. Attendees can also have a picnic in the park either by bringing their own meal or purchasing meals from the restaurants in the area.

Beverly Canon Gardens is located on 241 North Canon Drive. The park is between the Montage Hotel and Bouchon Restaurant. Parking is available nearby the Beverly Canon Gardens. For more information, visit www.beverlyhills.org/exploring/eventsandactivities

From July 18 to July 22, the Beverly Hills Farm to Table and Kitchen Camp was held at the Greystone Demonstration Garden at the Greystone Mansion & Gardens. Camp-goers learned about sustainable gardening. They also learned how to use produce from the garden to prepare food in the kitchen and taking food from the garden and cooking the food in the kitchen. Children also got the opportunity to learn how to make bread, soup, preserves and the art of pickling.

The children learned to make orange marmalade and preserves from fruit thanks to the help of the Slow Food Movement and Chef Ernie Miller. The camp was also visited by Stephanie Cohen, from Assembly Member Richard Bloom’s Office to help the kids understand how petition goes into motion.

The cast will present a Shakespearean fairytale  about Princess Imogen and fidelity is put to the royal test when her disapproving father banishes her soul mate.

“This is the sixth season that Community Services has participated in this event. Audiences have come to love Shakespeare by the Sea for its very professional productions of Shakespeare’s timeless plays,” said Patty Acuna, Roxbury Park Community Center Supervisor. “They are presented completely free of admission under the beautiful summer sky.”

The Community Services Department recommends to come early and enjoy a picnic with family and friends. Lite snacks will be provided. The event is free but Shakespeare by the Sea will also accept donations.

Canyon News reached out to Beesen, but did not hear back before print.

The city of Beverly Hills and Theatre 40 will present a reading of Christopher Fry’s romantic comedy, “A Phoenix Too Frequent” at the Greystone Mansion & Gardens: The Doheny Estate on August 14. The reading will begin at 5:00 p.m. to 7:00 p.m. Fry’s comedy takes place in Ancient Rome, where a widow plans to starve herself to join her husband in death until a soldier guarding the husband’s tomb charms her back into living.

The mansion will be open prior to the production on the first floor from 5:00 to 5:45 p.m. for touring. The production will be held in the inner courtyard at 6:00 p.m. General admission tickets are available for $15 and $12 for students and seniors. Advance registration is recommended. Purchase tickets online at www.beverlyhills.org/BHRegOnline. For additional information, call (310) 285-6830.