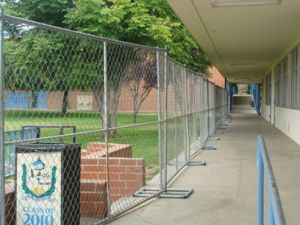 MALIBU — Santa Monica-Malibu Unified School District (SMMUSD) staff met with toxicologists and experts from the Environmental Protection Agency (EPA) on Wednesday, November 20, and Thursday, November 21, to discuss the results of the environmental testing at Malibu High School. During Thursday’s meeting, the Malibu Schools Environmental Task Force presented their analysis and made recommendations for future actions.

The EPA stated that the levels of polychlorinated biphenyl (PCB) did not exceed the EPA’s acceptable limit. No dangerous levels of PCBs were found in the air or soil. A few samples taken from the window sills showed levels that were slightly higher, but do not pose a serious health risk. These tests were conducted only in the rooms of Malibu High that were suspected of contamination by parents and employees.

As a result, SMMUSD, EPA, the Department of Toxic Substances Control (DTSC) and Los Angeles County Health will make plans on conducting additional tests, prevent any potential for the buildup of PCBs and publicize all data in a timely fashion, in accordance with the Toxic Substances Control Act. These remedial actions will take place at both Malibu High and JuanCabrillo Elementary School.

PCBs are a tasteless and odorless fluid often used in electric motors. They were legal for use in construction from 1950 to 1979 when it was discovered that PCBs were linked to various skin conditions, liver damage and cancer.

Another meeting will be held at the District Office on Thursday, December 12, at 5:30 p.m., in which the Board of Education will make a recommendation and discuss plans for district-wide testing.