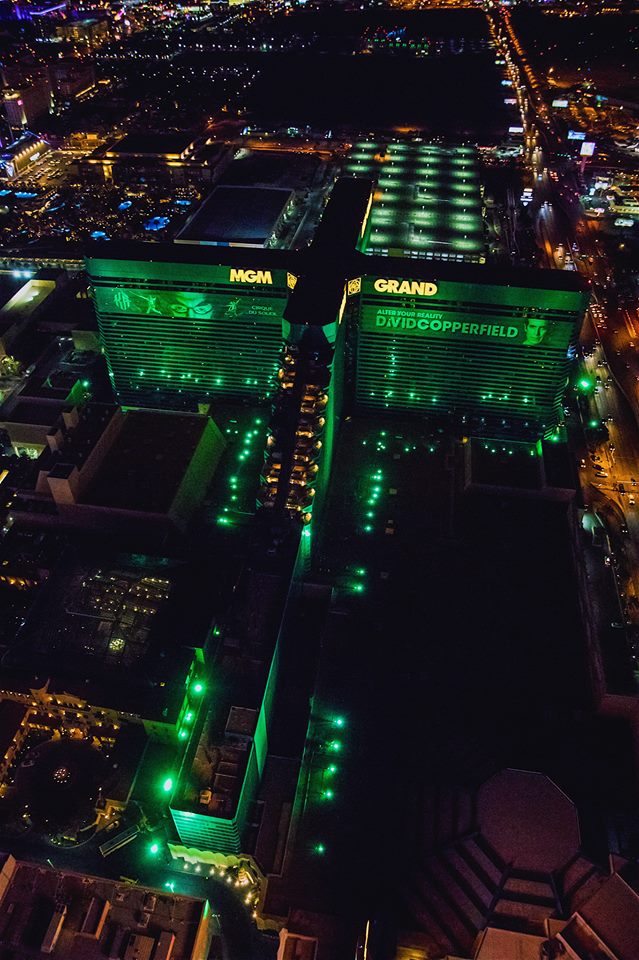 UNITED STATES—In many ways, celebrities are not all that different from anyone else. They work, they play, and they pay their bills just like everyone else. Of course, they tend to have a lot more money than most people, but just like the rest of us mere mortals, they often opt to spend some of it in the casinos.

Some of the biggest and most popular gambling joints in the world are of course excellent places for celebrity-spotting. If you aren’t lucky enough to see someone famous on the floor, some of the more established places will have celebrities providing the entertainment.

That being said, seeing your favorite celebrities actually having a go at the slots or throwing the dice is a special treat indeed. Choose any of the casinos or casino resort complexes outlined below and there is a good chance that you will come home with a cool celebrity story to wow your friends and family.

Unsurprisingly, Las Vegas is one of the best places in the world to go celebrity-spotting. Home to some of the biggest and grandest casinos in existence, this gambling mecca way out in the Nevada desert is known to attract some of the biggest names in the entertainment industry.

One of the reasons why Las Vegas is such a popular destination for celebrities is that they can generally expect to come into town and enjoy themselves, secure in the knowledge that they won’t be mobbed by crowds of crazed fans everywhere they turn. Given its reputation as a city where anything and everything can–and does–happen, most people are perhaps too jaded to bug every celebrity that they run into. In addition, owners and managers of most establishments know enough to give celebrities the privacy they may want.

A good example is The Palms casino and resort. Here, the management has been known to set up craps, poker, blackjack, roulette, or any other games that their celebrity guest might care to indulge in, well away from the rest of the crowd. Some of the casino’s regular visitors are Bruce Willis, Ben Affleck, and Ryan Seacrest.

The Mint is another great option. Covering an expansive 95,000 square feet of space, the casino has played host to Bruce Willis as well, who famously was once down a hundred grand at the craps table.

Not many people are fortunate enough to experience what it’s like when you have your own slot game. Pamela Anderson does, and in what is possibly one of the most surreal episodes to have taken place in the casino, she was actually spotted playing her very own Playboy slot machine.

Even Benefit Affleck has been known to hang out at The Mint. He was once spotted at the no-limit poker table, where he nursed a sizable stack of $1,000 chips all through the night.

The MGM Grand deserves its own special mention, if only for the fact that it is one of the biggest and grandest casino resort complexes in the world. While the Hakkasan Nightclub definitely doesn’t suffer from a shortage of celebrity sightings (Edgar Ramirez and Luis Guzman were both spotted partying it up during resident DJ Steve Aoki’s birthday bash), the casino is where you go to see your favorite stars actually getting in on the gaming action. The slots floor was in fact thrown into an uproar at one time, when Ellen DeGeneres showed up to meet and greet customers who were pumping coins into her own custom-themed slots machines.

Also worthy of its own section is the Hard Rock Hotel and Casino, where such A-listers as Nikki Minaj, Kevin Hart, and Drake Fun have been known to kick back and let their hair down. The MB Steakhouse with its sumptuous fare and the Rehab Beach Club are rife with opportunities for celebrity spotting, and you even get the chance to see some of them actually strut their stuff on stage on occasion.

With a name like “Planet Hollywood”, you can bet that this celebrated resort and casino will have its share of famous personalities. The staging ground for Britney Spears’ “Piece of Me” residency, the casino’s The AXIS room is always packed to the rafters with the beautiful people. In fact, the aforementioned show by Britney saw equally famous celebs such as Katy Perry, Selena Gomez, and Miley Cyrus gracing the opening night. That said, even if you do chance upon an off night with nary a celebrity about, you can still pretty much count on having a rollicking good time at Planet Hollywood.

Caesar’s Palace is one of the many Las Vegas landmarks that needs no introduction, and you could definitely do much worse than to start out your celebrity-hunting expedition here. In fact, with the many well-known figures that have been spotted here, you might not have to check out any other place all night. The hotel and casino complex is said to be the favorite of no less than former US president Barrack Obama, so don’t be surprised if you happen to run into him when you’re on the premises. Also spotted here on more than one occasion were Naomi Campbell, Jennifer Lopez, Justin Bieber, and Meghan Trainor.

The Borgota at Atlantic City

Obviously, Las Vegas is pretty hard to beat as far as celebrity sightings are concerned. But one casino complex in Atlantic City manages to measure up favorably against its desert counterparts. The place is called Borgota, and it might just provide all the star-sightings you could ever want if you aren’t anywhere near Vegas.

Among the famous celebrities that have been known to take a turn or two at the Borgota tables are Drew Barrymore, Nick Lachey, Jamie Lynn Sigler, and Jersey’s own Jon Bon Jovi. Covering 161,000-square feet of space, the decidedly upscale casino has enough luxury features and amenities to attract such a distinguished clientele, along with scores of others from nearby New York City. Now who said you had to go to Vegas to see the stars?