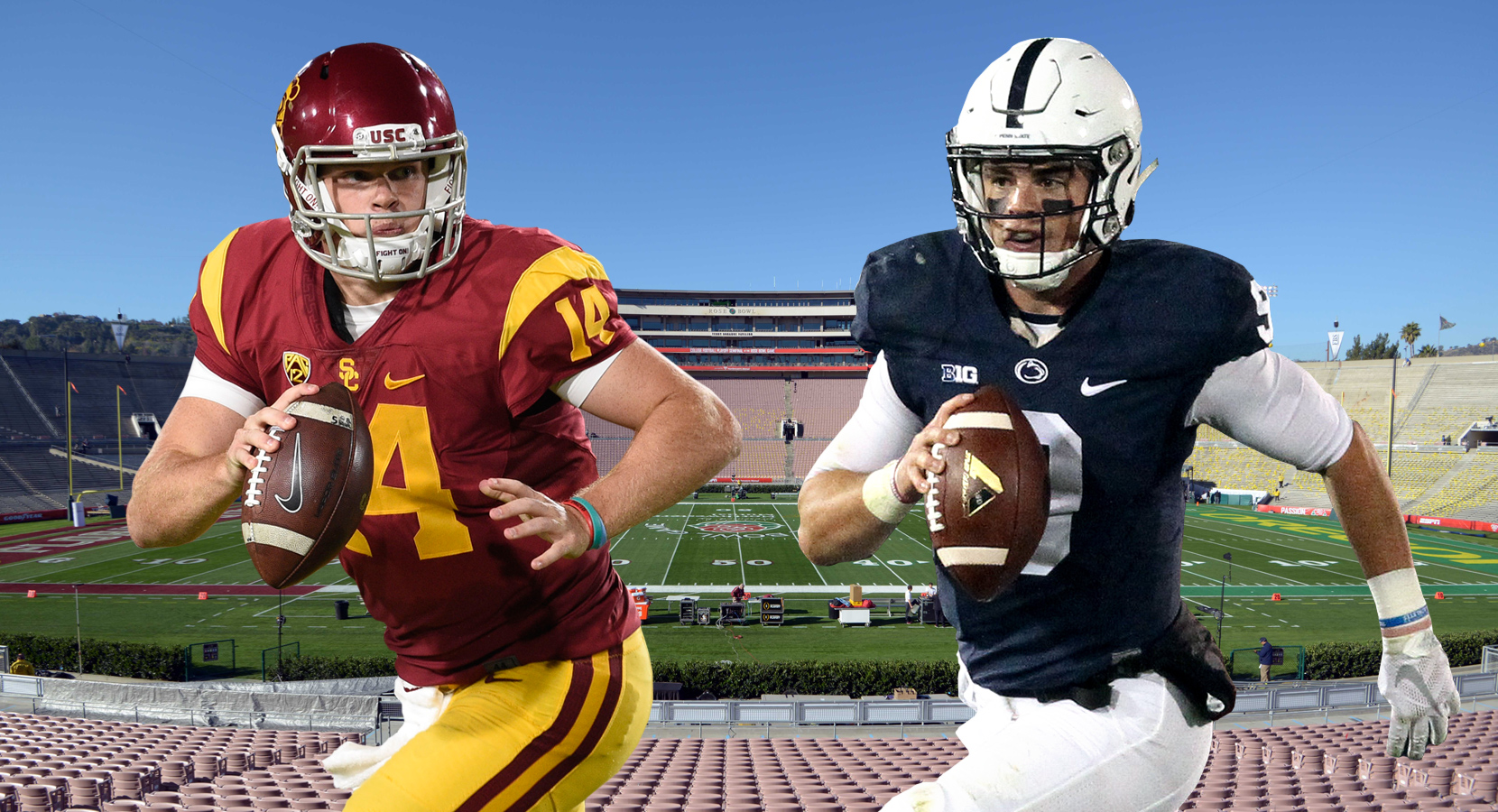 PASADENA—The theme of the 2017 Rose Parade is, “Echoes of Success,” well, the tagline applies to the football game as well. When the No. 9 USC Trojans face the No. 5 Penn State Nittany Lions in the 103rd Rose Bowl presented by Northern Mutual, on Monday, January 2, 2017 at 2:00 p.m. on ESPN. It will be the third time USC and Penn State face off in Pasadena, most recently in 2009, where USC rolled to a 38-24 victory. They also met in the first Rose Bowl at the current Pasadena stadium in 1923.

Both programs have risen like a Phoenix from the ashes to reclaim their status as the elite, name brand gridiron institutions. No one would have imagined these two teams would be smelling the Roses in October, when their combined record was 3-5.

The game will not be played on New Year’s Day, due to the steadfast, “Never on Sunday” policy.

The Trojans have recovered from a dismal 1-3 beginning, and have reeled off eight straight victories to finish off with a 9-3 record. The Men of Troy will be making their unprecedented 34th trip to the Granddaddy of them all, thanks in part to freshman Quarterback Sam Darnold and USC Head Coach Clay Helton. Troy also boasts the dynamic Adoree’ Jackson, the PAC-12 Defensive Player of the Year, who also has a flair for dazzling kickoff returns as well.

“It is a great honor for our team to have the opportunity to represent our university and the Trojan family in the Rose Bowl, a bowl in which we have such a long tradition,” said Helton.

At 11-2, the Penn State Nittany Lions are led by third year coach James Franklin. Penn State has moved forward from the horrendous Jerry Sandusky saga, and is forging a new chapter to their legacy.

The Nittany Lions had a heroic come from behind victory this past Saturday in the Big-10 Championship. Trailing 28-7 to the Wisconsin Badgers, Penn State QB Trace McSorley led them in the second half to a 38-31 victory. The Nittany Lions will be playing this game with a slight chip on their shoulder, seeing how they not only won the BIG-10 Title. Penn State also knocked off Ohio State. So why does Ohio State get to play in the College Football Playoff? Sadly, the committee left Penn State out in the cold of Pasadena!