The Public Charge Rule restricts green cards from immigrants who do not have the means to support themselves, and may not be productive members of society, but an additional burden to the country by relying on government assistance. 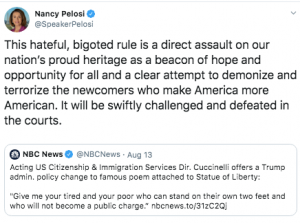 According to the statement on the USCIS website, under the final rule USCIS will look at the factors required under the law by Congress, like an alien’s age, health, income, education, and skills, in order to determine whether the alien is likely at any time to become a public charge. 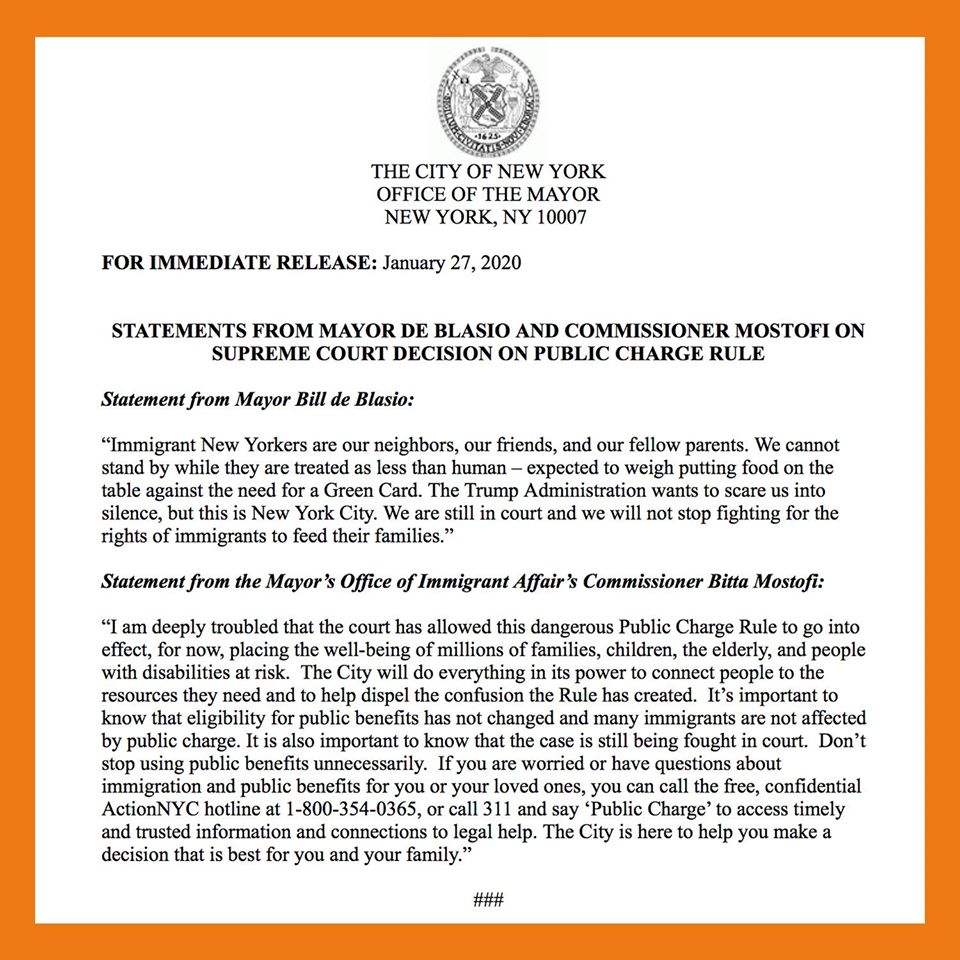 “It’s consistent with our law for over 140 years, it’s a core American value of self-sufficiency, and it’s just plain old logic — what country wants to bring welfare problems into its society? We don’t want to do that,” said acting Deputy Homeland Security Secretary Ken Cuccinelli to Fox News. “We’re happy to open our doors to people from all over the world but we expect them to stand on their own two feet.”

The Public Charge Rule indicates the term was introduced in 1882 and states that, “Immigrants to the United States classified as likely or liable to become a Public Charge may be denied visas or permission to enter the country due to their disabilities or lack of economic resources.”

The USCIS indicated the Department of Human Services (DHS) remains focused on implementing the Final Rule in the State of Illinois. Should the injunction in Illinois be lifted, the USCIS will provide additional guidance.