Bloomberg initially reported on Tuesday, January 10, that members of the Biden Administration revisited a nationwide ban on gas stoves; an initiative to eliminate emissions. 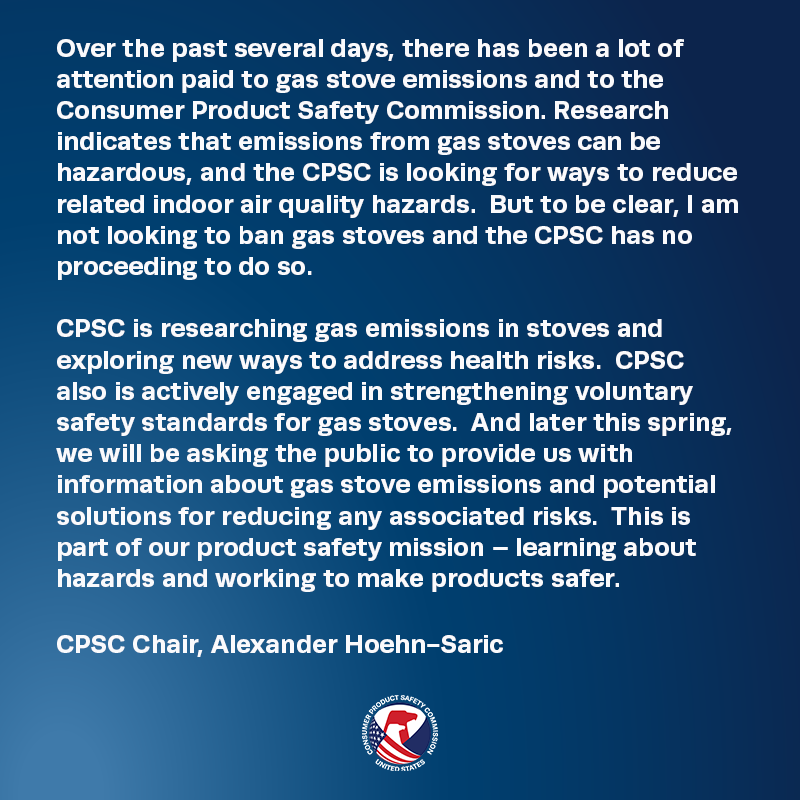 According to The American Chemical Society and the New York University Law School for Policy Integrity, gas stoves emit pollutants such as nitrogen dioxide, carbon dioxide, and fine matter.

In addition, Consumer Safety Commission reports that emissions from gas stoves may cause respiratory and health issues. The World Health Organization and the Environmental Protection Agency claim that the level of the pollutants is unsafe.

“Ventilation is really where the discussion should be rather than banning one particular type of technology. Banning one type of cooking appliance is not going to address the concerns about overall indoor air quality. We may need [people] to turn on their hoods [vents] when cooking,” said Jill Notini, Vice President of the Association of Home Appliances.

The reported benefits of cooking with gas include affordability, instant temperature control, faster heating, and one can easily grill, sear, simmer, and boil.

Democrats Rep. Don Beyer of Virginia and Senator Cory Booker of New Jersey posted their request to the USCPSC for a ban on gas stoves.

Chef Andrew Gruel posted a picture of himself taped to his gas-burning stove with a caption that read, “In protest of the suggested ban on gas stoves. I’m staying taped to this stove forever.”

“Finally! The Biden administration is doing what every American has been asking for: considering a nationwide ban on gas-burning stoves. Apparently, a new study has deemed them dangerous. So, of course, the solution is once again to become more dependent on electricity. But shockingly, there is a downside: You just can’t cook bugs correctly on an electric stove,” said Glenn Beck and The Blaze.