HOLLYWOOD—We are a few weeks from Valentine’s Day….how sad for single people when they find themselves alone. It is extremely hard when you think you found someone to love, but then you get so disappointed. The break-up, weeks before Valentine’s Day, can be so devastating. You take a chance, open up your heart and then you get hurt.

So mind-blowing when you realize that love never fails, people do. How cruel to be dumped before that day, any day can be excruciating, but during the holidays is always a little painful. Yes, painful to have loved and lost. They say things happen for a reason, one door closes and another opens. It is a painful day for those who have loved and lost.

But only if you allow it. Remember the best form of revenge is success. The heartbreak of being tossed around like a Cobb salad, thrown in the trash and replaced perhaps by someone who is less intelligent, can leave anyone speechless. What is even more severe, is when the wrong text ends over to you. Which is clearly meant for another person. Now, if you are in a relationship, generally, the traditional way of spending Valentine’s Day, if you have a significant other is to, buy flowers, chocolates, dinner and watching movies. 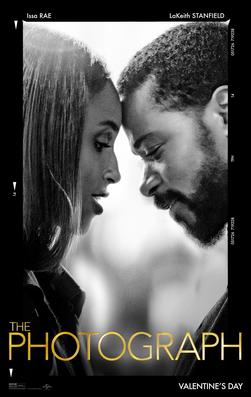 If you’re looking for something to watch on Valentine’s Day, at the movies you have “The Photograph.” Famed photographer Christina Eames dies unexpectedly, she leaves her estranged daughter, Mae (Issa Rae), hurt, angry and full of questions. When Mae finds a photograph tucked away in a safe-deposit box, she soon finds herself delving into her mother’s early life — an investigation that leads to an unexpected romance with a rising journalist. This romantic drama was written and directed by Stella Meghie. It is scheduled to be released on February 14, by Universal Pictures.

Another film that is full of suspense to make your Valentine want to snuggle up in your arms is “Fantasy Island.” Mr. Roarke (Michael Peña) makes the secret dreams of his lucky guests come true at a luxurious, but remote tropical resort, but when the fantasies turn into nightmares, the guests have to solve the island’s mystery in order to escape with their lives.

The original series starred Ricardo Montalbán as the mysterious Mr. Roarke and Hervé Villechaize as his assistant Tattoo. Guests were granted so-called “fantasies” on the island for a price. A one-season revival of the series aired 14 years later in 1998, while a horror film adaptation is set to released on Valentine’s Day.

“What About Love,” it’s all about the love on Valentine’s Day, so it only makes sense to go see a love story. Two young lovers change the lives of their parents forever when the parents learn from the joyful experience of their kids and allow themselves to fall in love again. The film stars Sharon Stone.

Another film is “Sonic the Hedgehog,” being released on February 14. The little ones in your life deserve to enjoy the holiday of love too, right? Children in tow or not, this fantasy sci-fi movie shouldn’t disappoint. Watch as Sonic navigates life on Earth while trying to avoid being captured by the evil Dr. Robotnik. Another film is “Birds of Prey (and the Fantabulous Emancipation of One Harley Quinn).” This “Suicide Squad” spinoff actually hits theaters on February 7, but if you don’t see the highly-anticipated film earlier, it’s a good option. Harley Quinn (Margot Robbie), fresh off a breakup from The Joker, teams up with superheroes to save a young girl from a Gotham City crime lord.

If you stay home, you can always watch, “Fifty Shades Freed.” It stars Dakota Johnson and Jamie Dornan, Eric Johnson and many more. Anastasia and Christian get married, but Jack Hyde continues to threaten their relationship. Some love the movie, some do not. The fact of the matter is, the “Fifty Shades” flicks have grossed nearly $1 billion worldwide. While its kinky, its conservative. It’s filled with scenes that sometimes drift, casually inserting kidnappings and car chases among the lavish vacations. It sure entertains.

Rose’s Scoop: 10 days before the Grammys, Recording Academy chief Deborah Dugan has claimed she was removed as retaliation for uncovering misconduct at the Recording Academy, which runs the awards. She has detailed allegations of sexual harassment, conflicts of interest and voting irregularities within the body.

The Recording Academy said it has launched two independent investigations – into the complaints made by Dugan, and those made against her. Dugan also said she was paid “substantially less” than her two male predecessors.