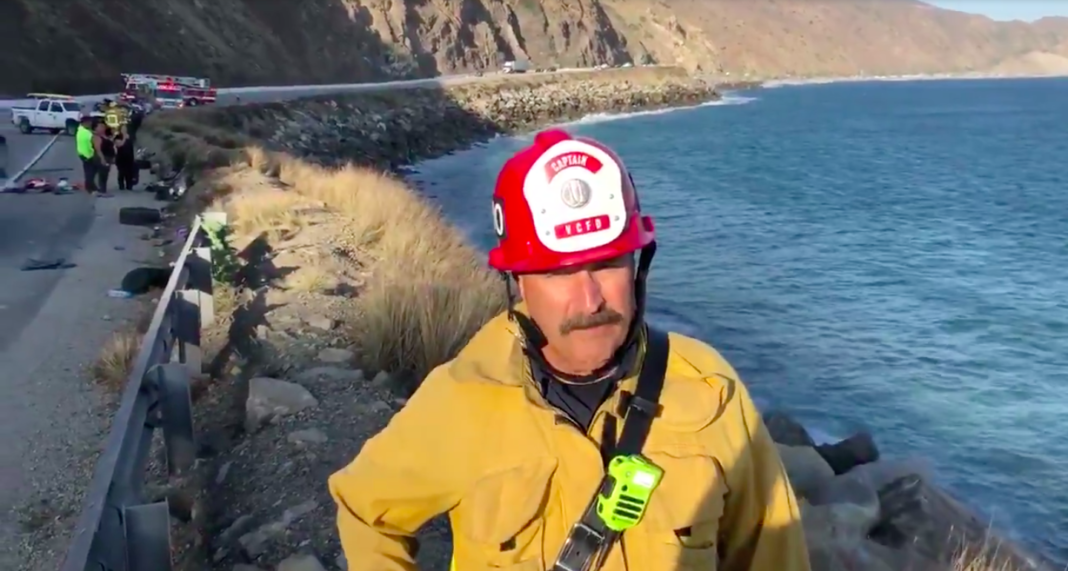 MALIBU—A vehicle plunged into the Pacific Ocean following a two-car collision on the Pacific Coast Highway on Thursday, July 12 at around 6 p.m.

The incident occurred just half a mile south of Mugu Rock, where a total of 5 people were injured. Two people sustained moderate to minor injuries, two others were listed in critical condition and one car submerged 50 feet into the Pacific Ocean. The two victims who sustained critical injuries were ejected from the vehicle. One of the patients was transported by air and the other was transported by ground to trauma centers for treatment.

The vehicle, a northbound Toyota, was driven by a 24-year-old Oxnard man who California Highway Patrol officials arrested for driving under the influence of alcohol. The man’s three passengers were able to exit the overboard car to safety.

The Mini Cooper, which was travelling southbound was driven by a 40-year-old Malibu woman. The vehicle rolled onto its side upon impact and was heavily damaged. The victim was taken to the Los Robles Hospital & Medical Center, along with the other driver and his passengers to seek medical treatment.

Though the Oxnard man’s identity has not yet been released, he is expected to be transported to the Ventura County Jail.