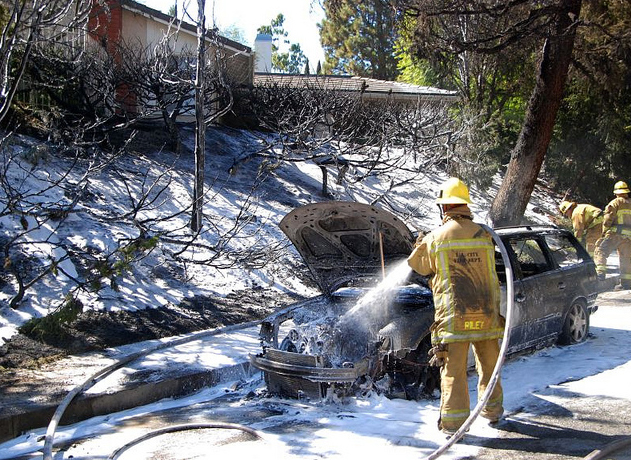 HOLLYWOOD HILLS—On Sunday, September 26, a brush fire in Nichols Canyon burned one quarter of an acre without any serious injuries to residents or firefighters. The fire occurred east of Laurel Canyon Boulevard in the Hollywood Hills at 7600 W. Willow Glen Road. Los Angeles Fire Department spokesman Brian Humphrey stated that the fire started at 2:31 p.m. and that 50 ground-based firefighters responded to the brush fire. It took firefighters about 17 minutes to knock down the fire. There were no structures damaged; however, there was a severely damaged vehicle, which investigators believe may have caused the fire. Currently, it is unclear how the vehicle became inflamed and if the driver or owner of the vehicle will face any criminal or civil charges.