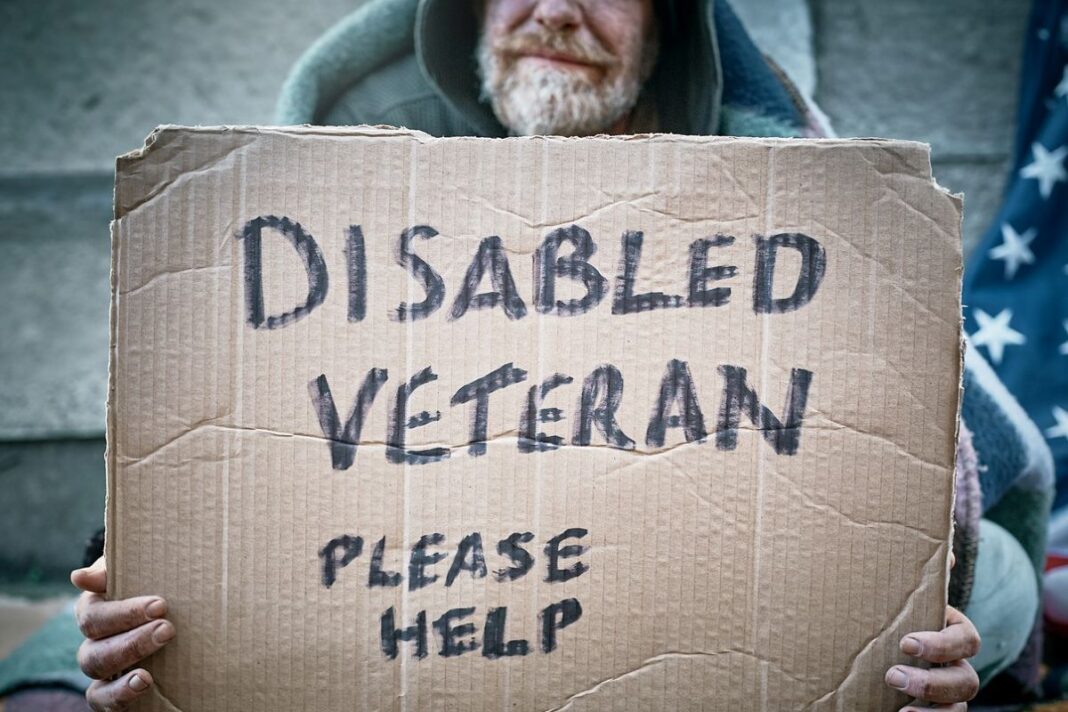 UNITED STATES—There are many benefits available to disabled veterans. Yet homelessness among this group is an increasing problem. While it is impossible to predict exactly which veterans will end up homeless, we can identify certain risk factors that make homelessness more likely. Here are a few of the most common reasons or risk factors for veteran homelessness.

Post-traumatic stress disorder or PTSD is a psychological disorder that can affect anyone who experiences a traumatic event. While people from all walks of life can experience PTSD, it is far more prevalent among military veterans than among the general public. The rate of PTSD among the general population is 6.8%, but Vietnam veterans alone face a rate of 30%.

The main symptom of PTSD is the triggering of the fight or flight response in non-threatening situations. This response can lead to homelessness by increasing the likelihood of getting fired from a job for erratic behavior. Once their source of income is eliminated, a veteran with PTSD is likely to get evicted from their home.

Substance Abuse Is a Similar Risk

A similar situation is created when a veteran becomes addicted to drugs or alcohol. Whether they are affected by physical injuries and disabilities or suffer from emotional health problems, it is not uncommon for military veterans to self-medicate. They either turn to alcohol to cope or become addicted to opioid painkillers, which ultimately leads them to illegal opioid drugs.

Either way, they build up a tolerance to the effects the chemicals have on the brain, which means they require higher doses more frequent use of these drugs. Eventually, their substance abuse leads them to lose their jobs, alienate friends, and lose their homes. Unless they seek treatment early after developing their addiction, they can end up homeless in a relatively short period of time.

Living at Risk of Homelessness

There are certain situations in which veterans are considered to be living continually at risk of becoming homeless. These factors include:

Veterans in these situations are considered to be at risk because a slight change in their circumstances can lead to a downward spiral that ends with homelessness. To prevent that eventuality, veterans must change their situation. They can do this through some of the veteran’s programs available to them. Unfortunately, few at-risk veterans seek that help, either out of pride or because they’re not aware the programs exist.

Lack of a Social Support System

Often, military veterans find themselves lacking a social support system upon returning home. Many service members end up getting divorced while still serving in the military. Additionally, they lose touch with friends and extended family members long before they return home. This leaves them in a situation in which no one is checking up on them.

It also leaves them alone without anyone to turn to for financial help in an emergency, which puts them at greater risk for homelessness. Unless veterans are encouraged to participate in social activities, they may never develop strong community bonds that help them escape the higher risks for homelessness.

If veterans can receive the type of help they need for their physical and emotional problems, they will adjust better to civilian society. Veterans suffering from both mental and physical disabilities have the chance to get more benefits.

The services upon which they rely will ensure others are continuously checking up on at-risk veterans through these programs. This means veterans are less likely to become homeless even when they don’t have close family ties with the loved ones who would otherwise look after them.