UNITED STATES—Violent protests got out of hand on the streets of Portland, Oregon at a protest to “End Domestic Terrorism.”  The protest was planned by the Patriot group Proud Boys. The event was planned for August 17. Local TV station, KATU warned the public to avoid the area.

The protests became violent when protesters clashed with counter-protesters showed up from the hate group “Antifa,” which stands for anti-fascist. A man and a young girl got pushed around during the incident.

Patriots and members of Proud Boys marched across the Hawthorne Bridge. Some dressed in patriotic attire, while others carried the American flag during the rally.

VIDEO – Sharing a snippet of today’s protests in Portland. We followed protesters, many carrying American Flags, cross the Hawthorne Bridge over to SE Portland

President Trump publicly stated that he may name the anti-fascist group, “Antifa,” an “ORGANIZATION OF TERROR.”

Elijah Schaffer, host of “Slightly Offensive” and contributor to “The Blaze” and independent journalist, Andy Ngo, shared video footage via Twitter showing the violence Antifa resorted to. They pepper-sprayed one Patriot, and after pushing and shoving, the Antifa group chased a patriotic clad man and girl down the street.  It was later clarified that the small girl in the video is actually a young woman with a small stature. Warning, graphic violence and foul language that may be unsuitable for children in this video.

A large antifa mob chase & attack a man & a young girl who got separated from the others. No police. #PortlandProtests pic.twitter.com/erceCRVnad

Another independent journalist, Brandon Brown who goes by the name Muffinpan#503 on Twitter was seen being taunted on video.

According to reports, several of the members of Antifa are known to show up at marches and cause issues. In the videos shared by Brown, authorities can be heard using a mega horn to control the crowd. More information by Brandon Brown can be seen on quora.com.

The Portland Police Department noted in a YouTube video that violent protests are not welcome in Portland and defend their response to the protests. 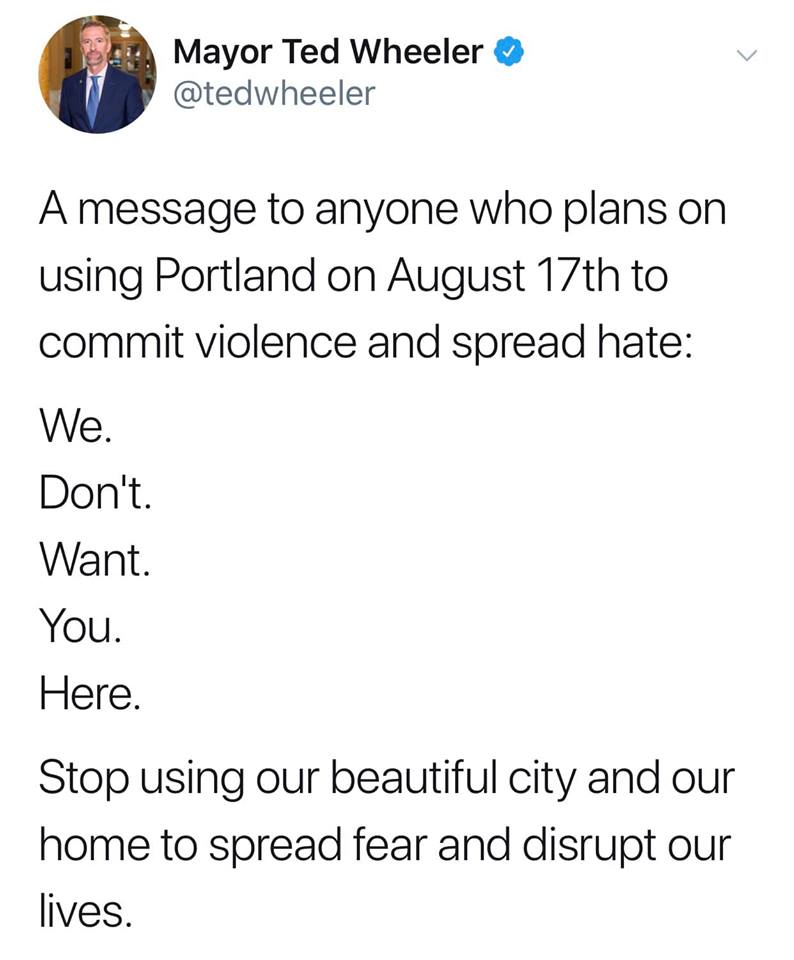 Canyon News reached out to Portland Mayor Ted Wheeler, but did not hear back before print.

Male In His 60’s Is Assaulted In Santa Monica