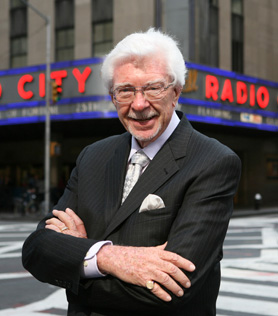 SHERMAN OAKS—Veteran TV announcer Charlie O’Donnell, most known for being the announcer of the popular game show “Wheel of Fortune” for 28 years, has passed away. He was 78.

According to his agent, Fred Wostbrock, O’Donnell passed away in his Sherman Oaks home on Sunday, October 31. As of press time, the cause of death has not been disclosed. O’Donnell is survived by his wife Ellen, four children and two grandchildren.

“I am very lucky that I have had such a wonderful home base at ”˜Wheel of Fortune,’” O’Donnell had said. “Throughout my 40 plus years working as an announcer, I have had the honor to have worked with some of the leading entertainers in the world.”

O’Donnell got his first big break by becoming the announcer on Dick Clark’s “American Bandstand,” a job he held from 1958 to 1968. In the mid-1960s, he also worked as a popular DJ on KRLA Radio in Los Angeles. Another notable honor he held was the voice of the newscaster in Simon and Garfunkel’s single, “7 O’Clock News/Silent Night” on their “Parsley, Sage, Rosemary and Thyme” album.

However, he will perhaps always be known for his signature catch phrase, “Wheeeeeel of Fortune,” which audience members and home viewers shouted with him for years. He served as the show’s announcer with its original host, Chuck Woolery, until 1980, and returned in 1988 until the time of his death.

On Monday, November 1, the official Twitter page for “Wheel of Fortune” thanked fans and followers for their “kind tweets and support.” A representative of the show also acknowledged the announcer as “legendary” and a “dear friend.”

Rich Fields, a seven-year announcer for another popular game show, “The Price is Right,” tweeted on Monday, “Rest in peace Charlie O’Donnell. I am happy to have called you friend. ‘Wheel of Fortune’ will greatly miss your presence.”

Amongst his long list of television credits, O’Donnell also served as announcer for game shows such as, “The Dating Game,” “Hot Potato,” “Monopoly,” “The Newlywed Game,” “The Parent Game,” “To Tell The Truth,” “Trivia Trap” and “Wordplay.”