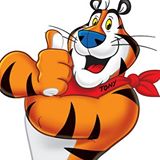 SANTA MONICA-According to the Associated Press, on April 26, voice actor and professional wrestling announcer Lee Marshall, passed away at a Santa Monica hospital.

Marshall’s own son confirmed his father’s passing at the age of 64 from esophageal cancer. He is well known for formerly announcing the American Wrestling Association, World Championship Wrestling and Women of Wrestling. He is also notable for being the voice of the Frosted Flakes cereal mascot Tony the Tiger, with the infamous line, “They’re great.”

According to TMZ, Marshall got the Kellogg’s gig to voice the mascot in 1999, after the original voice actor Thurl Ravenscroft begin having difficulty with the dialogue. Ravenscroft later died in 2005 and
Marshall took over the voice for the Frosted Flakes mascot. Before his death, Marshall worked as a well known radio announcer in Los Angeles, Phoenix, Windsor and Canada. Marshall is survived by his wife, son, stepdaughter and granddaughter.