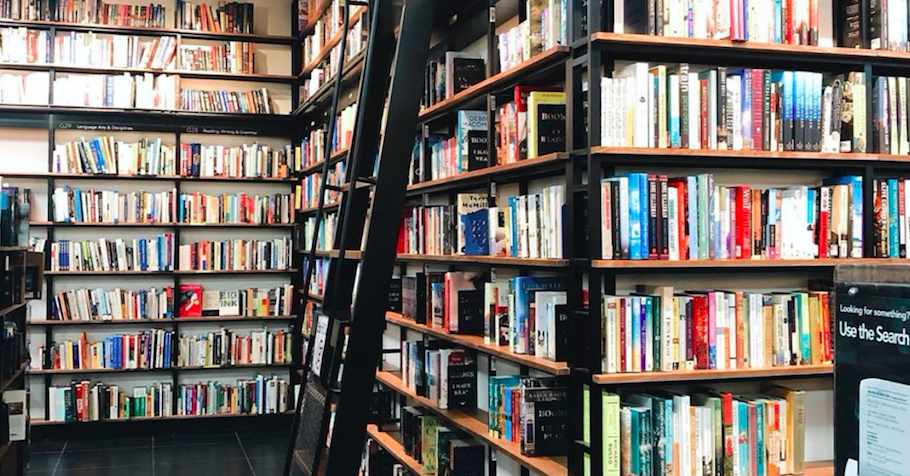 SANTA MONICA—  In the aftermath of the lootings, on Monday, June 1, volunteers have gathered to help clean up the affected businesses. One of which is BookMonster in Santa Monica.

BookMonster is an independent bookstore that sells new books, used books, CDs, DVDs, and gifts. It is home to thousands of books and is well-renowned in the Santa Monica community. Its walls are plastered with images and quotes of writers like Jean-Paul Sartre, Albert Camus, Sylvia Plath, Jane Austen, T.S. Elliot etc.

General manager Alex Song hoped that the bookstore would be spared during the looting, but it was not. The thieves who broke in shattered the windows, stole the store’s computers, and knocked over shelves. There was additional graffiti outside the store stating: “Prosecute the Choker”. It has caused BookMonster $20,000 in damage.

The volunteers consisted of residents and many peaceful protesters from the night before. They rushed to clean up with brooms, buckets, and gloves before the 1:30 p.m. Santa Monica curfew was instated.

The @bookmonster_santamonica Instagram expressed their gratitude to those who came out to help them. They said that those who “broke in didn’t seem interesting in looting so much as wanting destruction. Don’t worry we will rebuild.” They also added: “The important thing is everyone is safe. It’s a setback but we’ll be okay.”

Prior to the looting, BookMonster had opened as of Tuesday, May 19 for curbside pickup.