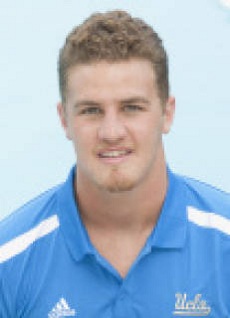 Hakop Jack Kaplanyan, 19, pleaded not guilty to all charges after a Grand Jury indictment was unsealed by Superior Court Judge Charlaine F. Olmedo, according to a press release from the District Attorney’s Office.

Kaplanyan faces one felony count each of forcible rape, false imprisonment by violence and possession of matter depicting a minor engaging in sexual conduct. In addition, he also faces a misdemeanor count of sexual battery by restraint and two felony counts each of sexual penetration by a foreign object and assault with intent to commit rape.

The charges stem from several alleged incidents involving three unnamed victims that occurred between October 1, 2012, and April 2, 2013. The suspect was previously arrested for suspicion of rape in April 2013, but the District Attorney’s Office decided to hold off on filing any charges at the time, according to a Facebook posting from Kaplanyan’s former attorney, Berc Agopoglu. The suspect was arrested on Friday, February 28, 2014.

A statement from UCLA in 2013 noted that Kaplanyan faced suspension because of the allegations, but the school refused to comment any further. Kaplanyan, a resident of Glendale, was currently being held on a $590,000 bail, but was released on March 3 after posting bond. If convicted, he faces up to 37 years in prison. The case is still under investigation by the UCLA Police Department.