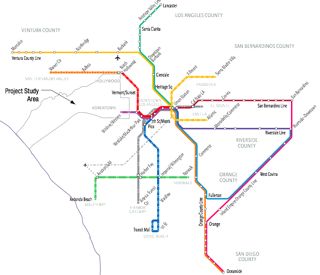 WESTWOOD—A study released on Friday, September 3, examines the effect of the proposed Westside subway extension.  The environmental impact report, composed and released by Metro, is a detailed analysis of the program that outlines its many benefits and provides a realistic prediction of the subway’s effect on vehicle traffic in the city.

The draft examines numerous aspects of the proposed extension including the benefits of the program as a transportation alternative, its environmental effect, a financial analysis of the metro and the impacts of its construction.

According to a report by Metro, “The DEIS/R is a necessary precursor for the project to receive federal funding and the release is a signal that Metro is hoping — after unsuccessfully trying last year — to secure federal dollars in next year’s budget.” Metro hopes that the finds of the study will encourage federal funding of the project in conjunction with the proposed 30/10 Initiative, which aims to accomplish 30 years worth of transit projects within the next 10 years.

During peak hours, trains will run every 3.3 minutes on the Westside extension.  These trains can hold up to 1,000 people at capacity and reach speeds of up to 70 mph.  The subway will transport riders from Union Station to the Westwood/UCLA location in 25 minutes and 12 minutes to Wilshire and Western; the former takes almost an hour to drive.

However, with all the benefits of the program, the report does not mention traffic reduction as a possible outcome of the subway extension. Though the subway would provide a travel alternative to sitting in traffic, it will not greatly affect the number of cars on the road or the number of parking spots available considering the predicted population growth over the next 25 years.

Over the next couple of months Metro will be holding hearings for the public to discuss the report, which is available at metro.net.