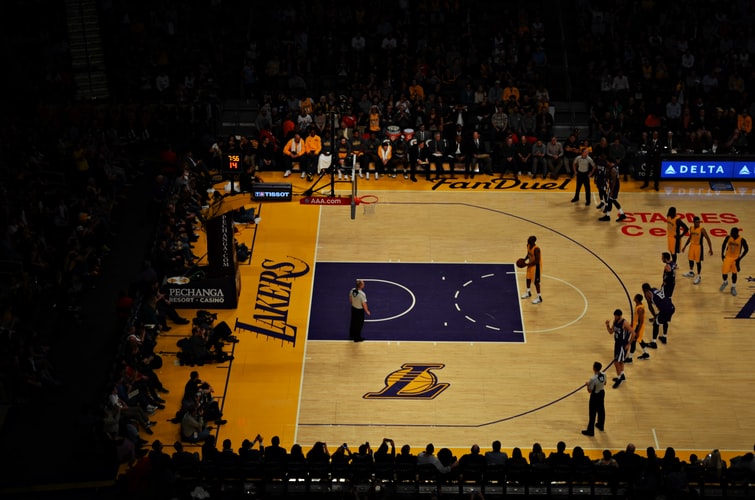 UNITED STATES—We’re finally nearing the restart of the NBA season in Orlando and the Los Angeles Lakers look very solid on paper. If you want to know everything about L.A. Lakers we will cover all of their games on https://UltrasBet.com/. Let’s start with the most apparent thing- LeBron James:

– LeBron is definitely on a mission this season. We have not seen him play with such passion and relentlessness since his first period in Cleveland. His goals are set clear and a title for the Lakers will bring back the GOAT conversation once again. He very well knows what this would mean to him and he has to make sure that everyone is on the same page. I do not feel like we should be discussing LeBron’s game as we all know he is going to deliver when the season starts again.

– Anthony Davis is a player who is always underperforming in the postseason. He’s only won one playoff series in his 8-year NBA career. However, this season he seems like he’s finally found his place and role with the Lakers. Being the second string to LeBron and benefitting from his partner in crime ball-handling skills, he is averaging 26.7 points and 9.4 rebounds per game- nearly a double-double.

– Kyle Kuzma is another guy capable of scoring. Even though his 12.5 points per game might not be fascinating, he is never afraid to shoot the basketball. The Lakers may be considering trading him after this season and now is his time to shine in a purple and gold uniform.

– Rajon Rondo, Danny Green, and Dwight Howard all have something different to offer but in my opinion, they will be the Lakers’ reasons to succeed or fail. It is fair to say that it is always good when there is such a break for the veteran guys in the league. The Lakers’ fans are expecting these guys to show a bit more quality and help their team perform better on the court.

Rondo looks like he’s 22 again as he was working out a lot during the quarantine. The 34-year-old guard will look to rebound once the season restarts and even though it is highly unlikely that we’ll see 2013 All-Star Rondo, I’m sure that he will offer plenty in terms of ball distributing. Danny Green, as a prolific shooter and a great defender, will be one of the key pieces, especially when the Clippers’ games come. We all know that it will come down to Lakers-Clippers at some point in the postseason and the younger teams in the East and the West do not stand a chance against these two. Howard is the other guy where expectations are piling up. Before the quarantine, he showed glimpses of the old Dwight, even though he can’t score that much. He finally seems like a good fit for Los Angeles with his current role- rebound the ball and open space for the shooters.

Even though the Los Angeles Lakers won’t have Avery Bradley at their disposal in Orlando, they still have a lot that they can show on the floor against the Clippers. With the right rotation, they might close the gap with their city rivals, however, I feel like they are one year away from a championship. The Clippers have very solid defenders on their team who know what it’s like to play on the biggest stage- something that cannot be said about a lot of the Lakers’ guys, except for LeBron, Rajon, JR and Dwight- and three of them are only role players past their prime.