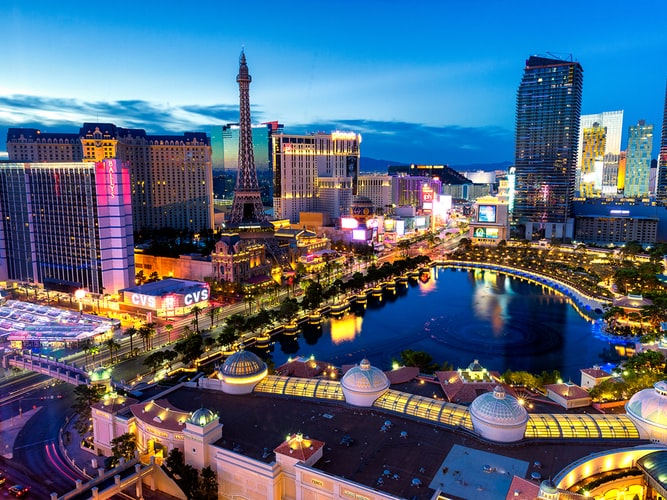 UNITED STATES—Even if you live under a rock, you undoubtedly know that the glitzy city of Las Vegas is synonymous with gambling. Nonetheless, despite the heavy gambling that goes on in this city, it is not enough to make the US the largest gambling nation on the globe. In fact, the US is not anywhere among the top five gambling destinations.

If the latest data is anything, the nations that make the top of the list are those you least suspect. But before we mention them, it helps to explain one essential thing- how is the ranking determined? The listing, which covers two-hundred gambling territories, is based on facts and figures gathered by the Gambling Capital.

It considers the cumulative losses in a particular year divided by the adult population in a specific country. All amounts lost on various forms of gaming, for example, poker, slot machines, casinos, and so on, are counted as losses.

With that said, below are the biggest gambling destinations on the globe, according to the H2 Gambling Capital. Go through them to learn how much your country gambles compared to the rest of the world.

According to the New York Times, Australians are the world’s biggest gambling losers. On a per-capita basis, Australians lose much more than their counterparts in other parts of the world, blowing over 1,200 AUS dollars each year. Considering this, it is no wonder why Australians lost approximately $24 billion to gambling in the 2015-2016 financial year.

According to Gamblers Daily Digest, online casinos are the next big thing in gambling. Already, this trend is popular in Australia, and gamblers have been wagering on different games online for some time now.

That said, Australian gamblers are also known to play on slot machines- the nation’s favorite games. And if you like to play poker, then New South Wales, a state on the east coast of Australia, is an excellent place to visit, seeing as half of the nation’s poker machines can be found there.

Another thing that shows this country’s gambling issue is the notoriety of its gamblers. So far, over 900 people have registered to be banned from casinos. However, they have still been caught violating their ban on numerous occasions.

The UK leads the pack when it comes to the number of active gamblers. And while you digest that, there’s more. The nations of England, Wales, Scotland, and Northern Ireland cumulatively account for the largest percentage of gamblers under the age of 21. This demographic makes up 65 percent of all active participants in the industry.

As of 2020, it is estimated that gambling addiction costs the UK up to £1.2 billion per year. And if nothing else, 46 percent of Brits have gambled in some way in the last month.

Gamblers in this nation lose a whopping $588 per person each year. In light of this worrying statistic, the government has started introducing rules aimed at controlling the gambling industry in the country. Previously, Ireland had a pretty unregulated gambling sector, thanks to reliance on outdated policies.

Singapore has steadily made a name for itself as a lucrative gambling destination in the East. The island country is also a global financial hub and popular tourist destination for gamblers. That means you can expect to find plenty of luxurious resorts and world-class casinos.

While the gambling industry in the country is still young when compared to Vegas and other popular gambling cities, there’s a lot to admire about Singapore’s gambling scene. You will find high stakes gambling in Singapore casinos, thanks to the robust banking system that brings about high rollers. According to the Gambling News Magazine, 52% of citizens and permanent residents of adult age in the country admitted to gambling in the previous twelve months in 2017.

In 2018, the country raked in more than $1BN in gambling revenue from tourists alone. As if the country is not famous enough in the gambling scene, casino cruises are popping up too. One thing is for sure, Singapore isn’t about to slow down yet.

Gambling has been widespread and legal in Finland as early as the 1920s when the lottery was legalized. For this reason, gambling became a sort of ritual among the citizens. In a bid to change the role of the industry, the government took charge of the gambling sector.

As seen in the Helsinki Times, the state-run industry brings in about 3.2 BN Euros annually. However, most of the revenue from gambling in the country go to noble causes in a bid to bring positive good. Still, the country faces a massive gambling addiction. About 124,000 citizens have gambling problems.

Though somewhat regulated, gambling is still a significant industry in Canada. The sector is diverse and encompasses casinos, online gaming, lotteries, sports betting, among others. Today, there are more than a hundred casinos in operation in the country.

Gambling activities in the country are concentrated in specific locations. Ontario, British Columbia, Alberta, and Québec have the most casinos and contribute the most to the gambling revenue the country collects.

In recent years, however, there has been a decrease in traditional gambling in favor of online casinos, a trend that is gaining more traction globally. The average gambler in Canada spends about $570 on gambling every year. Overall, the country earns a tidy $13BN a year from this sector. You can learn more about Gambling in Canada here.

As the rest of the globe competes in various industries, these countries take the day as the most popular gambling locations in the world. For them, gambling is a multi-billion-dollar industry that contributes significantly to the economy. And with ever-advancing technology, gambling in these destinations will continue to rise.