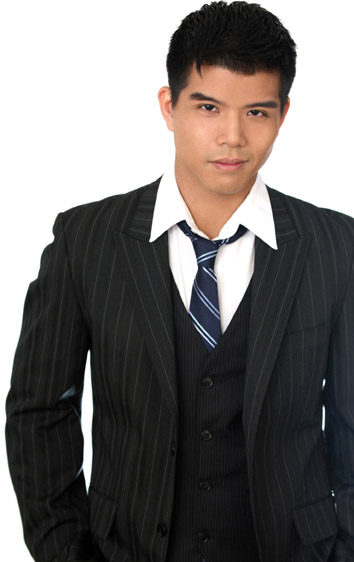 HOLLYWOOD—An alum of the prestigious Carnegie Mellon University’s School of Drama, Telly made his Broadway debut in the revival of “Flower Drum Song,” starring Lea Salonga, as a member of the ensemble and an understudy for Wang Ta. Telly later achieved a Broadway dream by working with Stephen Sondheim in Roundabout’s revival of “Pacific Overtures” in 2005. After “Pacific Overtures,” Telly originated the role of Boq in the Chicago company of the hit musical “Wicked.”

Another Broadway dream was achieved when Telly returned from Chicago and gained a place in the Broadway company of “Rent.” He was a member of the final company – and made his film debut in Radical Media / Sony’s “RENT: Filmed Live on Broadway,” which is now available on DVD and on Blu Ray. Telly has performed all over the country at Carnegie Hall, Paper Mill Playhouse, Philadelphia Theater Company, Sacramento Music Circus, Fords Theater, North Carolina Theater, Four Seasons Theater and North Shore Music Theater.

Telly is featured in the recordings of “Flower Drum Song,” “Pacific Overtures,” “Dear Edwina” and “Wall to Wall Sondheim.” In 2005, Telly released an EP of his original music, “Getaway” on Mopptopp Records. He is currently appearing in the national tour of “Rent: The Broadway Tour,” starring Anthony Rapp and Adam Pascal.

For more information on Telly Leung check out tellyonline.net.

WHERE: The Inner Circle at the Magic CastleÂ® 7001 Franklin Ave. in LA