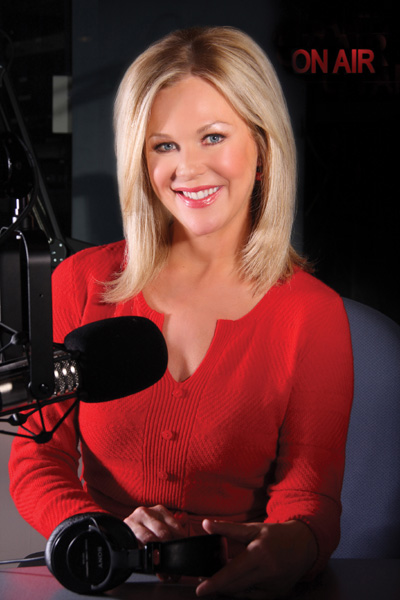 BEVERLY HILLS—Catching up with former federal prosecutor Lis Wiehl is always a treat. The beauty has a wonderful new book titled, “Hand of Fate,” that she’s been very busy promoting. Her April 19, appearance on ABC’s “The View” showed everyone just how popular the Fox News legal analyst is with women in America. Wiehl’s book is sensational. “Hand of Fate” is a novel, but I keep begging Lis to tell me who it’s based on. She laughs at any suggestion that the book is based on anyone’s life, but she readily admits that meeting many people, prosecuting in the past and working on Fox News with so many big cases going on, that she did get a lot of ideas when writing the book.

What is most fascinating about “Hand of Fate” is that when I picked it up, I read it overnight. I could not put the book down and knowing what the ending was, was the most important thing to me for about 10 hours. Immediately after reading her book, I was e-mailing her husband, Mickey Sherman, who is one of the world’s most renowned defense attorneys. I’m sure Mickey will disagree with Lis’s and my own assessment of the Roman Polanski case. However, when I had the opportunity last week to discuss Polanski with Wiehl, who has prosecuted many cases in the federal system throughout her distinguished legal career, I had to ask her keen and pivotal perspective on a case that is sending shockwaves throughout Hollywood, the nation and the world.

Having lost friends over the fact that some, even women have defended a man who admitted to raping a 13-year-old child has been very eye-opening to me. Lis and I discussed how people blame the girl. They make statements that she was wild, she was reckless, they blame her mother, never fully blaming the perpetrator of the crime or even taking serious the most recent accusations by actress Charlotte Lewis. Americans like to belittle the way Muslims often treat young girls and women of violent crimes, yet we do so just as easily. We may not commit mercy killings in the name of family honor, but we have no little empathy as a whole for young girls or women who cry rape. Once the public hears that statement, they go into an attack mode to find out the background of the alleged victim. Pointedly, Lis and I agree, that even a prostitute can be raped. The safety of young women and children should mean a lot more to us than it currently does in a civilized society.

Q-Your current book is so exciting, another case you may be writing about one day is the Roman Polanski case. Have you heard that British actress Charlotte Lewis is now alleging he assaulted her in 1982, just four years after he fled America to not face sentencing in his statutory rape case?

A-“Yes, does not surprise me. Sex offenders deserve harsh sentences because they are likely to repeat their crimes in the future. There is clearly a pattern with Polanski, seeing how even after the hearings and media storm in California, he apparently slept with a 16-year-old girl a few years after.”

Q-It’s being reported around the world that Hollywood stands by Polanski. I can say that is truly false. Some of his supporters like Woody Allen, who also married a young woman he once considered his adoptive daughter, may be supportive, but not all of Hollywood. Lis, in your past career as a prosecutor, what are the chances Polanski will lose his battle and will be extradited back to face sentencing?

A-“Yes, I believe he will eventually be extradited back to the United States. The Swiss signed an extradition treaty with us in 1995. At some point it’s going to come down to: do they honor their treaty or don’t they? I believe they will, since if they do not honor it, other countries may be reluctant to enter agreements with them.”

Q-I have no respect for anyone who has admitted to drugging and sodomizing an underage girl. Gloria Allred’s client Charlotte Lewis seemed quite believable and truthful. It should be pointed out that she paid for her trip to Los Angeles from the UK and is not asking for anything, just to tell her story to the sentencing judge. In your experience, will the sentencing judge take any of her words and her alleged experiences into consideration in making his decision on Polanski’s potential sentence?

A-“The new allegations by Charlotte Lewis are interesting to say the least. She was 16 when the alleged incident took place, which is important since in France a 16-year-old can consent to sex. However, a Judge in the United States can take this information and use it in the sentence. On its face what Polanski did is horrendous. He was a 41-year-old powerful film director who aggressively coerced a 16-year-old girl with no money, to have sex with him.”

Q-You’ve been a member of the Bar for decades now. Have you ever seen any case like this one with Polanski, and why is it that people in America are willing to forgive and forget these types of crimes against women? Even if the past victim says she doesn’t want the man prosecuted, isn’t the fact that he admitted to committing an act that was certainly against California state law important to adjudicate in our justice system, Lis?

A-“Yes, and in a criminal case, it is not up to the accuser if charges are brought or not. The government can take their wishes into account; however, ultimately if a crime was committed it is the government’s responsibility to bring charges. I think in the past women did not have the political power as they do now. We live in a different time now, where we have more female judges, politicians than ever before. They will not turn a blind eye to heinous crimes committed against women and children.”

Wiehl’s amazing novel “Hand of Fate” is available at bookstores nationwide and on Amazon. Next week, her handsome husband tackles the Polanski case with me as well. Lis Wiehl is a bestselling author of both fiction and nonfiction. She can be heard weekdays on Bill O’Reilly’s radio show and also on his primetime TV show “The O’Reilly Factor.”