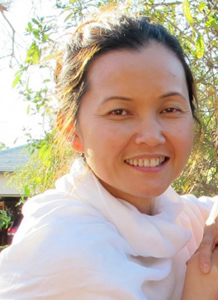 HOLLYWOOD—On January 27, a fatal shooting occurred at the popular “Pink Pepper” diner in Hollywood.
The incident occurred on 1638 North La Brea Ave. at around 10 p.m., when three shots were fired into the diner, shattering patio glass and striking a woman and a man who was with her; the two victims’ relationship to each other is unclear.

The male victim, whose identity has not been released, has received surgery for his injuries and is expected to survive; however, his companion, identified as 44-year-old Jitrujee Buatet, later died from her wounds, according to police. The suspects remain at large.

It was initially suspected that the shooters were two males who drove away from the scene in a black sedan, yet no information regarding the suspects has been confirmed.

No additional details regarding the possible motive behind the shooting is available as of press time.