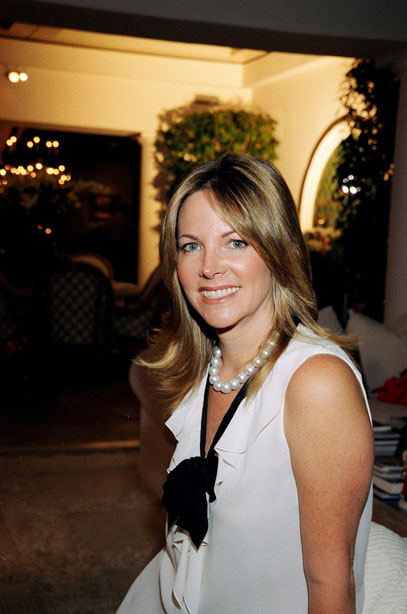 HOLLYWOOD—This week Maria Bell’s number-one daytime drama “The Young and the Restless” was exciting and heating up for the 2011 Emmy-race. Bell herself deserves an Emmy award for some of the best storytelling of 2010. From Lauren’s kidnapping to Phyllis and Nick’s shocking breakup, “Y&R” has been firing on all cylinders for the past 10 months. Maria Bell, who is a Bel Air resident, is head writer and executive producer of “Y&R.”

On Friday, October 15, a storm was brewing in the Midwestern town of Genoa City. There was even an early autumn tornado warning. Fans knew it was going to culminate on Monday to a shocking episode, but they were even more excited than they had anticipated. Maria Bell’s writers did a wonderful job with suspense, drama and twists. There was so much action in the episodes and so many great storylines.

Lily and Cane were in the mountains in a cabin, and then realized they should leave the dangerous location, since they had infant twins to take care of. As Cane and Lily along with their twins left the cabin, they found a car that had run off the road and Cane went to help. A horrified Lily realized it was a family friend, J.T., who also had hit an electric pole, and it had fallen on the car where J.T. was injured by a severe electrocution. Luckily, Cane got J.T. out of the car and tried to revive him. Then Cane drove J.T. to Genoa City Memorial Hospital, where he remained in critical condition throughout the week. J.T.’s fiancÃ© McKenzie was devastated to learn about his almost deadly accident. She confided her fears of losing the man she loves to her grandmother, Katherine.

Sharon Newman, who is always in trouble or facing some sort of danger decided to give her ex-husband Adam a ride to an appointment before the storm hit. Sharon, Adam and her young daughter, Faith, were on the highway when the tornado’s winds hit the vehicle, leading to Sharon careening off the highway and into a ditch. The car overturned, though Sharon and Adam were able to get baby Faith out of the car unharmed.

Just when they found a dilapidated barn to seek shelter, the roof collapsed, Adam threw himself on top of the baby, to keep her from being killed. After a short time, Sharon was able to dig Adam and Faith from under the rubble, but another ex-husband and her daughter’s father, Nicholas, showed up to find his half-brother being called a hero yet again.

“Y&R” is a drama that has been number-one rated the past 22 years for good reason. Maria Bell’s cast of players include her beautiful sister-in-law Lauralee, who portrays Christine on the soap. Tracey Bregman, Sharon Case, Maura West, Michelle Stafford, Eileen Davidson, Jeanne Cooper and Melody Thomas Scott are ladies who make this show so exciting. Just when you think it’s safe in Genoa City, a force of nature, named Maria Arena Bell changes everything and makes it even more exciting.