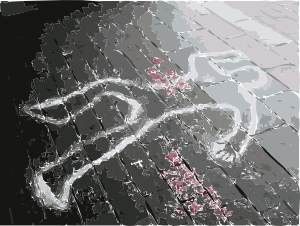 WEST HOLLYWOOD —A closed murder case involving the arrests of two murder suspects, 57-year-old John Thelkeld and 64-year-old Leonard Turner, has reopened after police found the men’s case file that had been missing since 1974.

Thelkdeld and Turner are believed to have shot and killed 24-year-old Patricia Galea of Sydney, Australia 36 years ago in West Hollywood. The incident occurred at an apartment Galea was renting on N. Alta Loma Drive. She planned to set up a business in the Hollywood-Beverly Hills area. She managed to collect $6,402 in funding from Australia, where her 10-month-old daughter remained with her husband, while she lived in the apartment with Eugene Synegal, a 22-year-old rock artist.

On April 14, Galea and Synegal left with three other friends to catch a flight to New Orleans, while Galea left her dog in the care of 24-year-old Kristine Murphy. Their flight was scheduled for 2 a.m.; however, the group missed their plane and returned to the apartment.

Meanwhile, at approximately 1:30 a.m. the following morning, three suspects, believed to be African-American, buzzed the intercom outside of the building, one of the men identifying himself as the ex-boyfriend of Murphy. Murphy allowed the men into the apartment, and one of them threatened her with a pistol.

The suspects tied up Murphy and began to rob the apartment. Galea and her group had arrived at the apartment at some time between 2:30 and 2:45 a.m. and buzzed the intercom outside. The men coerced Murphy to allow them in the apartment, and then the men attacked Galea and her friends, apparently attempting to cut Galea’s throat.

Reportedly, during the attack, Galea pleaded with the assailants not to kill her; however, one of the men shoved a 0.410 shotgun into her mouth and fired. One of the other men stabbed Murphy in the neck.

One of the other young victims, 30-year-old Camela Bussey, managed to escape by jumping out of a window, breaking her leg. Mercury Washington, 27, received a neck wound, and 25-year-old Dinel Smith was slammed in the head with the butt of a rifle. Synegal also suffered from a throat wound. Galea was the only victim who did not survive.

The robbers took $400, two diamond rings, a $1,400 cigarette lighter and two mink coats. They failed to collect Galea’s $6,402, which was hidden in her freezer.

On the day of the incident, police questioned four women not involved in the attack, but who knew Thelkeld. No relevant information came up and the women were dismissed. However, police discovered that Thelkeld was aware that Galea was known to be fairly wealthy.

Galea’s husband, when he learned of the news, reacted with great shock and devastation because it was found that three of the survivors knew Threlkeld, including Washington, who stated that Thelkheld was his friend, and was also acquainted with Turner. Bussey also knew Threlkeld and believed the other two suspects arrived from Detroit.

Thelkeld and Turner escaped from the scene on Alta Loma Drive in Murphy’s vehicle, which they later left in Mexico. On April 17, 1974, the district attorney signed a complaint against the suspects on suspicion of murder, robbery and assault with a deadly weapon. During the same day, a Beverly Hills judge approved warrants for the arrests of Threlkeld, Turner and the third suspect, who remained unidentified.

Thelkeld and Turner were located in Detroit, where they were held on unrelated charges. Detroit authorities stated that the men’s case needed to be handled in Detroit before they could be returned to Los Angeles for the Galea murder case. By then, the murder warrants for the two men had turned up mysteriously missing from their case files, and the case did not proceed for more than 30 years.

Around early 2006, the owner of the West Hollywood apartment expressed a desire to learn more about its history, and detectives who were unable to locate the file relating to the case referred the owner to a Robert Barrier, a retired detective handing the department’s cold case section. Barrier noted that the district attorney’s file was also missing, but after investigating names, addresses and social security numbers, Barrier identified Turner and Thelkeld.

Shortly afterward, it was found that the men had been arrested in August 2007, with one in prison and the other on parole. From the time of Galea’s murder, the men had received armed robbery, bank robbery and manslaughter convictions.

It is unknown why the case was dropped, or if any malevolent involvement played a role in the missing files.

Thelkeld and Turner are scheduled to appear in a Beverly Hills court on February 5, for armed robbery and murder charges.