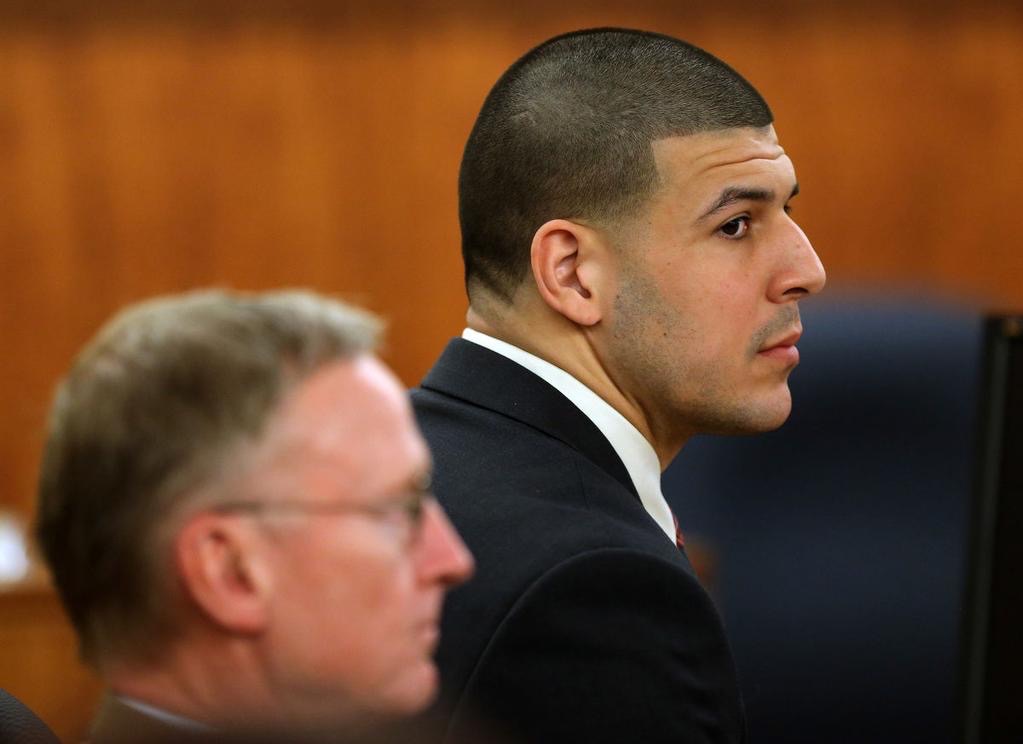 FALL RIVER, MASSACHUSETTS—Aaron Hernandez, once a budding young NFL star, will spend the rest of his life in prison without the possibility of parole for the murder of Odin Lloyd.

Lloyd, a 27-year-old landscaper and semipro football player, was a friend of the former Patriots tight-end and was dating the sister of Hernandez’s fiancée.

A motive hasn’t been identified for Lloyd’s shooting, which took place in the middle of the night on June 17, 2013 in an abandoned  North Attleborough industrial park. The prosecution has speculated that Lloyd was killed because of his knowledge of a deadly drive-by shooting involving Hernandez in 2012. These claims were not allowed to be presented to the jury because the guilt of the former NFL star had not yet been proven in that case.

The prosecution stacked substantial evidence against Hernandez, including the key to a car rented by Hernandez that was found in the pocket of the deceased, home surveillance footage of Hernandez holding what appears to be a gun just minutes after the shooting, witness testimony, and cell phone records that revealed Lloyd’s location leading-up to the murder.

In closing arguments, Hernandez’s attorney James Sultan admitted that the tight-end was present at the time of the shooting, but did not fire the fatal shot. Sultan stated that the murder was carried-out by Hernandez’s friends Carlos Ortiz and Earnest Wallace, that Hernandez was a terrified 23-year-old who didn’t know how to react in the face of such a shocking and violent crime.

Wallace and Ortiz have yet to stand trial for their involvement in Lloyd’s killing.

Though it is still unknown who pulled the trigger, the prosecution did not need that information to prove Hernandez of being guilty of first-degree murder, a verdict that automatically triggers an appeal in Massachusetts’ highest court.

Hernandez will also stand trial for the aforementioned 2012 drive-by shooting in Boston, a conflict that allegedly took place after two men spilled a drink on an incensed Hernandez. In that case, the former University of Florida All-American has been indicted on two more counts of first-degree murder.