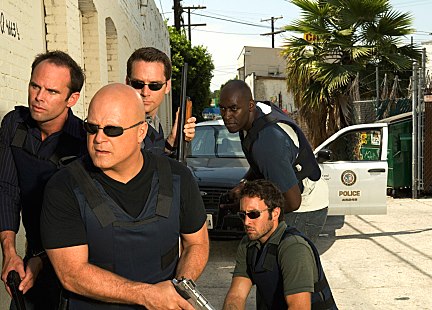 LOS ANGELES-Actor Michael Jace, who starred in the FX drama “The Shield” has been charged with the murder of his wife April Jace on May 19. Jace fatally shot his wife during a domestic dispute at the couple’s home located on the 5400 block of Brynhurst Avenue.

Michael Andrew Jace, 51, was arraigned on May 22 at the Foltz Criminal Justice Center, Department 30, case BA424932, according to the Los Angeles District Attorney’s Office. He has been charged with one count of murder with a gun allegation. Prosecutors asked that his bail be set at $2 million.

The suspect called 911 shortly after 8:30 p.m. after shooting his wife. His two sons were at the home during the incident, they were not harmed during the incident, authorities reported. If convicted, Jace could face 50 years to life in prison. The case is still being investigated by the Los Angeles Police Department.