UNITED STATES—Air Force colonel and Judge Shane W. Cohen announced that a tentative trial date of January 21, 2021 for Khalid Sheikh Mohammed, the alleged mastermind of the September 11 terrorist attacks. Colonel Cohen took over the case in June 2019. Mohammed who is slated to go to trial with four others could face the death penalty.

Cohen is the third judge in 20 years to oversee the case. Prosecutors have been pushing to get a trial date since 2012. According to BuzzUnites, the jury selection of 12 military officers and 4 alternates will take several months.

The suspects were apprehended in Pakistan in 2002 and 2003 and arrived in Guantanamo Bay in 2006.

All five of the men arrested will be tried for their part in the planning and carrying out of terrorist attacks that occurred on September 11 at the World Trade Centers in New York City, and a plane attack on the Pentagon and a fourth plane that crashed in Shanksville, PA. Over 3,000 people were killed during the 9/11 terrorist attacks.

The attacks that are referred to as 9/11  claimed the lives of approximately 3,000 innocent people. Some reports have surfaced that first responders during the 9/11 attacks have sustained lung problems. 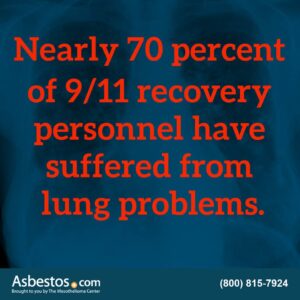 Mohammed is suspected of being involved in an attack at the World Trade Center in 1993, and has been linked to the death of journalist, Daniel Pearl, and other acts of terror.

According to the New York Times, the attorneys of the suspects and argue that their clients sustained notable brain injury due to the interrogation tactics used at “Black Sites” between 2003 and 2006 will be required to present evidence by October 1, 2021. Judge Cohen was interviewed to ensure no bias in the case. When questioned on if he would succumb to pressure to speed up the trial, Colonel Cohen replied, “None.”

Cohen earned a law degree from George Washington University Law School in Washington D.C. He achieved an LLM degree in Environmental Law in 2006.

He was appointed as a Deputy Chief Circuit Military Judge in Virginia in 2018.