UNITED STATES—Mary Ann Mendoza, founder, and leader of Angel Moms, has been banned from Twitter and Facebook over a message she tweeted to raise awareness of the dangers of open borders and sanctuary cities.

Mendoza lost her 32-year-old son, Sgt. Brandon Mendoza to a drunk driver who was driving down the wrong side of the road in May 2014. The driver was an undocumented illegal alien.

Mendoza started Angel Moms, an organization that is a support group for people who have lost a loved one at the hands of illegal undocumented aliens. Angel Moms exposes the potential danger of allowing open borders and sanctuary cities.

The tweet from July 14 calls out Sen. Kamala Harris of California for her stance on protections for sanctuary cities.

In a YouTube video with Lara Trump from Trump Tower in New York City, Mendoza explains the position of Angel Moms. 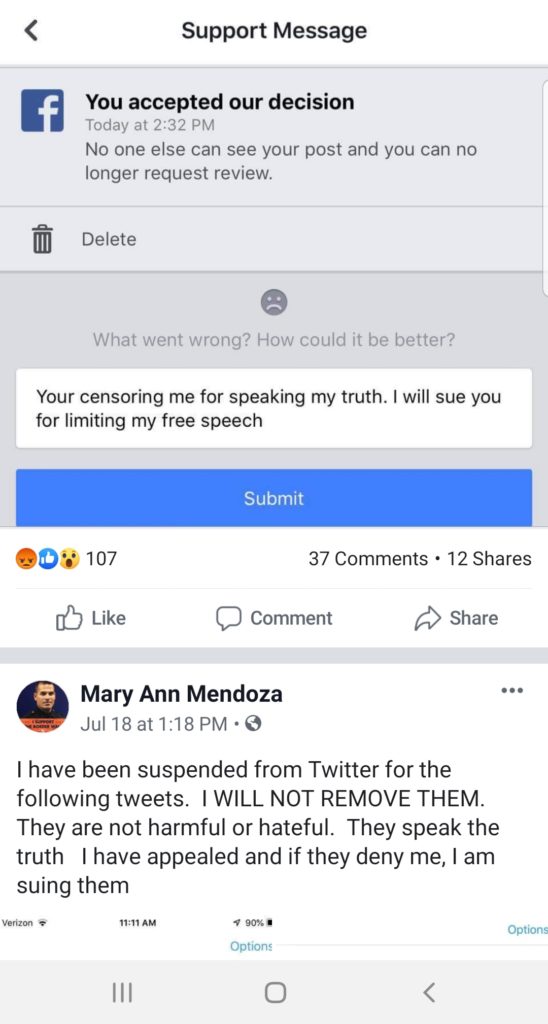 President Donald Trump is an avid supporter of Angel Moms & Angel Families and hosted the organization at The White House during his immigration speech. He stepped away from the microphone and let Angel Moms in attendance tell the public their story of the lives of their loved ones lost at the hands of illegal immigrants.

President Trump has been a supporter of Angel Moms since and tweeted encouraging words in response to Mendoza being banned from both Twitter and Facebook. 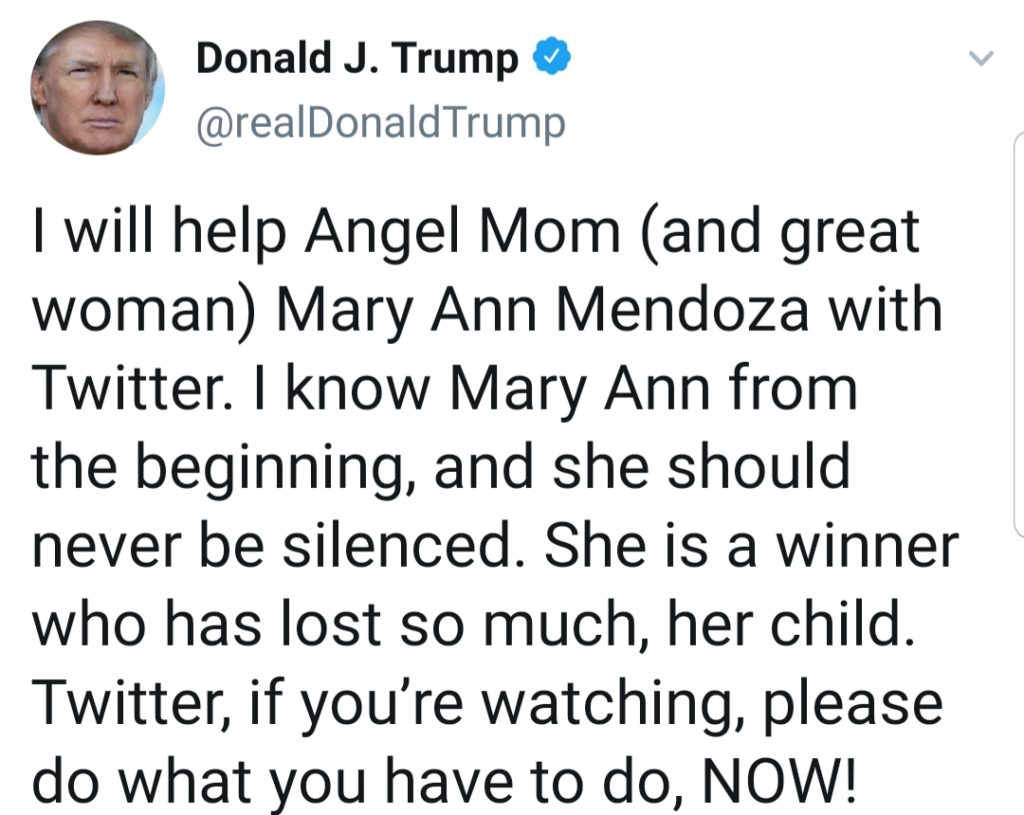 Canyon News reached out to Angel Moms for a statement, but did not hear back before print.